In April, the Chrome team released a scroll and touch-action survey based on top reported issues from the 2019 MDN Web DNA Report. The 2021 Scroll Survey Report is ready, and the Chrome team would like to share some thoughts and action items we've gleaned from the survey results. We hope these results will help browser vendors and standards groups understand how to improve web scrolling.

The survey anonymously collected 880 submissions, with 366 answering every question.

While getting started with scrolling is one line of CSS, like overflow-x: scroll;, the surface area of scroll APIs and options is large, spanning JavaScript to CSS. The following results help to highlight the issues web developers are encountering.

are somewhat or extremely dissatisfied overall
with web scrolling.

This question was placed near the end of the survey intentionally, after questions on 26 scroll use cases and features. From the response, it's clear that the web community struggles with scroll. Almost half of the respondents report a level of overall dissatisfaction.

We believe overall sentiment about working with scroll should not be this low. This metric needs to be changed; it's a clear signal there's work to be done.

reported it's somewhat or
extremely difficult
to work with scrolling.

From our research, these difficulties come from the multitude of use cases for scroll. When we talk about scrolling, that might include:

Missing browser features, complex JavaScript, and the need to support input modes including touch, keyboard, and gamepads, make all of these things harder.

report touch interactions as
very or extremely important
to their work.

With mobile web users still on the rise in visit statistics, it wasn't surprising to see half of the respondents report that touch is very important to their work on the web. This signaled that web features like CSS scroll snap and touch-action need extra attention so the web can deliver on high-quality touch interaction.

report somewhat or extremely difficult
to do gamepad and tab navigation.

report learning about
`touch-action: manipulation`
from the survey.

Some of the survey questions asked about using certain APIs with a possible answer of Yes, No, or "today I learned." One notable piece of feedback was the number of people who reported learning about touch-action from the survey, as it's a critical property when building custom touch gestures that need to interact within scroll.

report sometimes, often or on every project
using cyclical scrolling.

Those numbers are high for a scrolling feature with little or no support provided by the web platform. The feature often incurs high amounts of technical debt because of this, with duplication or JavaScript injected to force the effect. It's popular for product carousels and when selecting time in seconds or minutes to offer cyclical scrolling.

report not at all
or slightly important

Respondents felt strongly about the importance of scrollable areas, giving another signal about the struggles required to deliver high-quality scrolling.

report they're
easy to manage.

Nearly every respondent delivers carousels in their web work, while only 25% find them easy to manage. Off-the-shelf carousels were popular during our research, but this statistic surprised us, as it doesn't sound very solved.

Two-thirds of respondents deliver infinite scroll in their web work, and an equal amount report it's difficult to do. Another example of high usage paired with high difficulty, which indicates to us an area needing attention.

While content-visibility and contain-intrinsic-size can be combined to reduce render costs for long scrollable areas, it doesn't seem to be helping with "load more" infinite scroll UX.

Almost half of all respondents use scroll-orchestrated animations and half the respondents find it difficult, once again linking high usage with difficulty.

always or
most of the time

The built-in scroll and touch interactions of phone and tablet applications are often touted as a clear place where the web can catch up. The features include scroll-linked animations, programmatic interfaces, voice integration, scroll hints, and pull-to-refresh APIs.

Just half of the respondents felt it was only sometimes possible to match the experience of built-in scrolling. 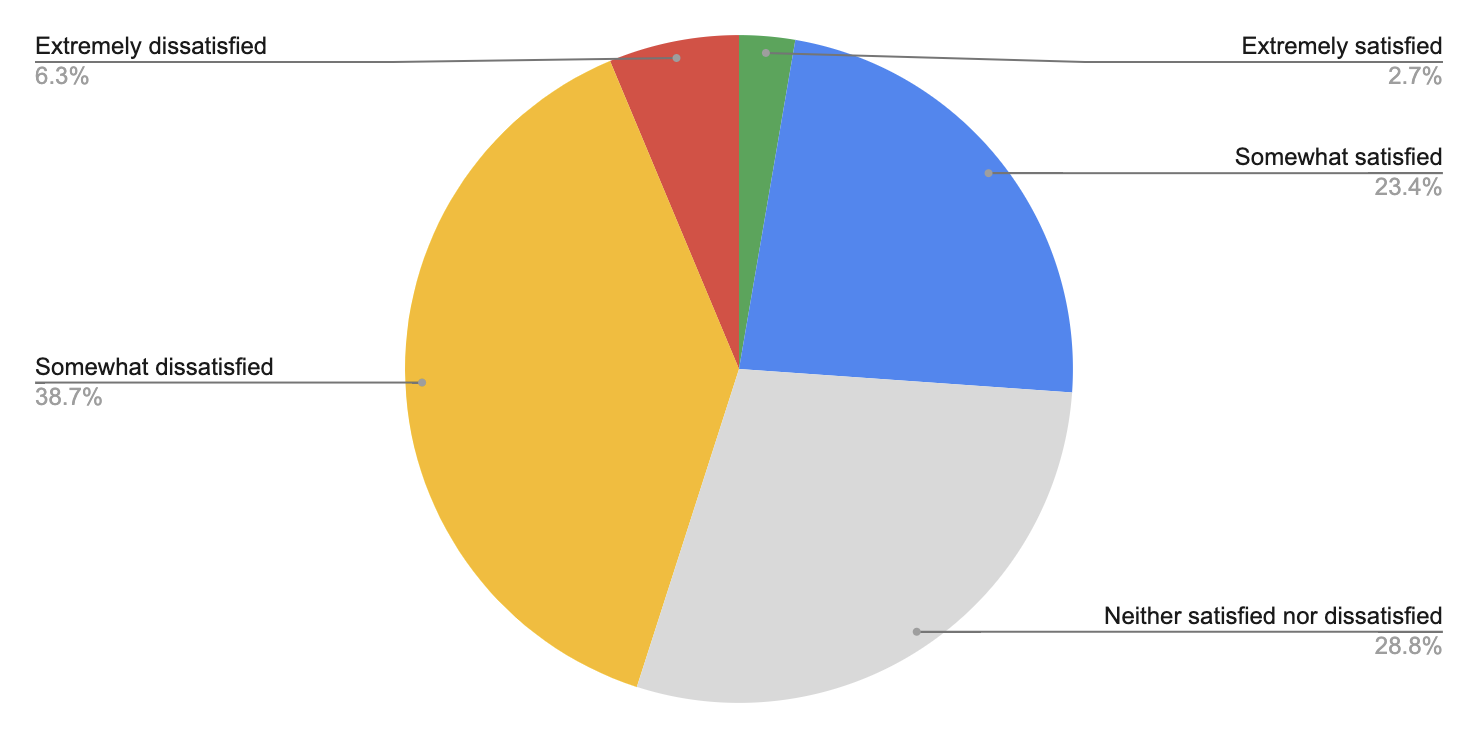 The survey results are segmented into four categories: compatibility, education, APIs, and features.

The Chrome team has declared a goal to decrease the number of web compatibility issues, including scroll compatibility.

The first three compatibility issues to focus on:

The survey results showed that there needs to be more education around touch-action and logical properties. The browser is at the forefront of international layout, and it's apparent it's underutilized or misunderstood.

Areas to focus on:

Usage of scroll snapping is growing, and developers have responded that they want to use features interoperably with popular libraries and plugins. Shrinking this gap between CSS and plugin libraries will help the satisfaction of scroll snap developer and user experience.

The survey results showed that users struggle with some specific types of scroll-related components on the web, as the platform doesn't provide the primitives they need to build them without plugins or a high level of effort. This is an area that we hope to explore more deeply.

The features developers struggle to build include: