web.dev uses Glitch to embed web-based sample apps and development environments in its posts and codelabs. See the Sample apps post for information about how to set up a Glitch.

This post will show you how to resolve some common Glitch issues.

Subscribing to Glitch and paying for Boosted Apps will automatically increase memory and disk space as well as improve your rate limits. That's an always an option if you run into any of the disk/memory issues mentioned in this post. Learn more.

If you see a "Project has been suspended" message when opening a new project, contact support via their public forum or by emailing support@glitch.com. You should receive a reply soon with steps you can take to fix your project. 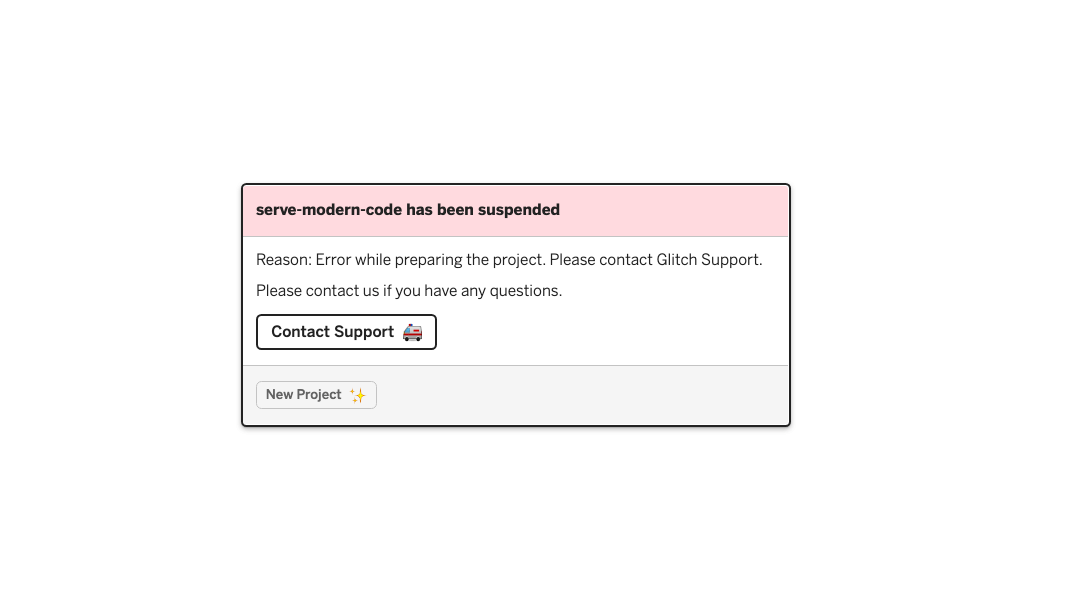 If you see an App Status warning with exceeded disk limits, you'll need to clear up some space before you can edit and use the project. 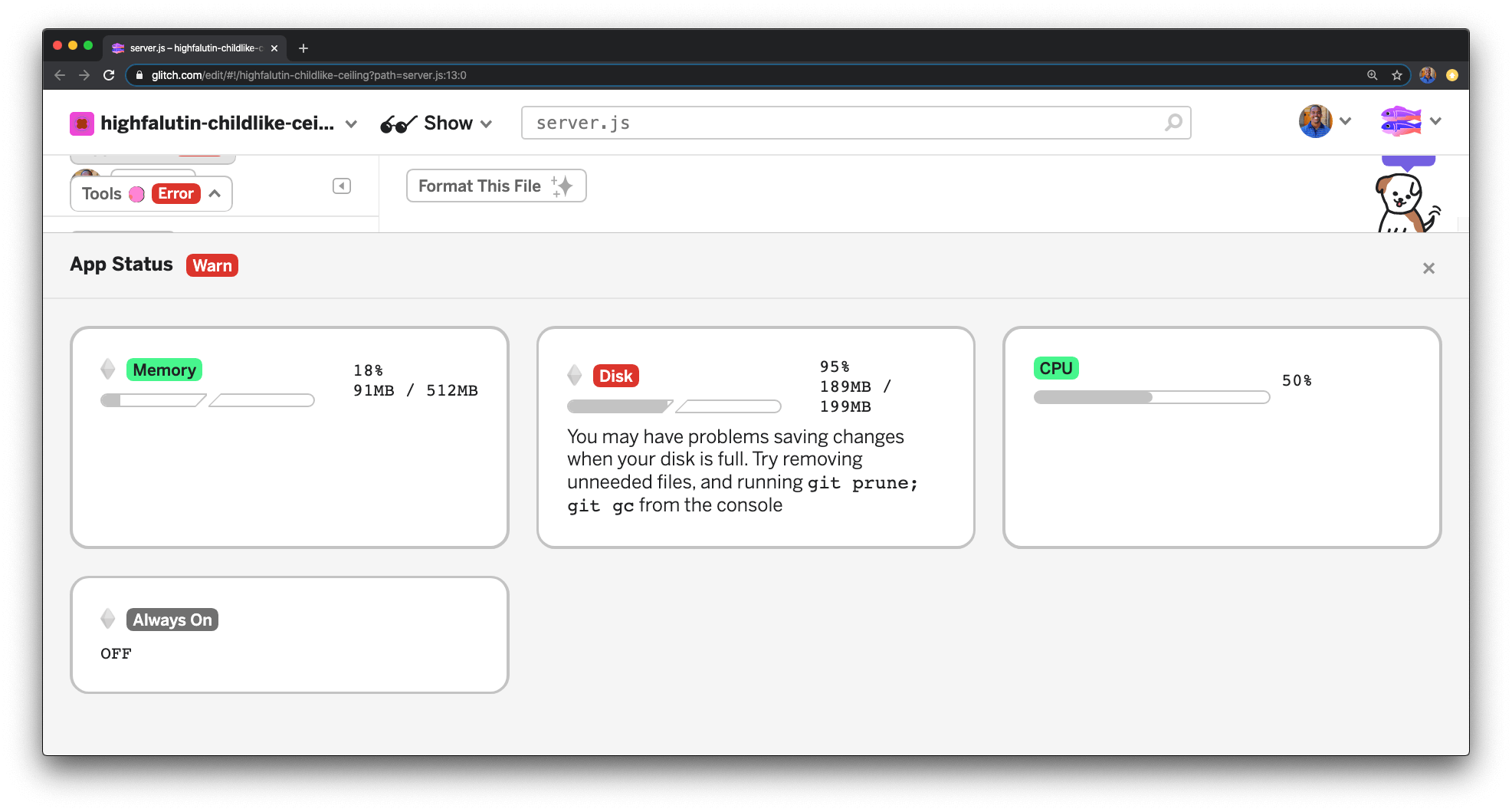 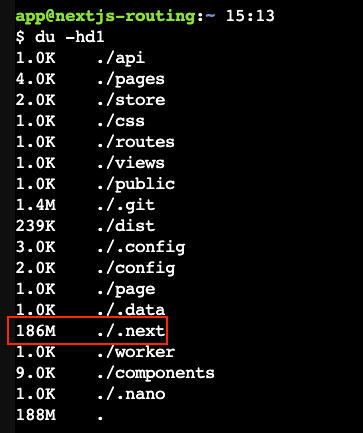 If an unneeded directory is bloating up on every build and taking up disk space:

If the .git directory is taking up disk space: