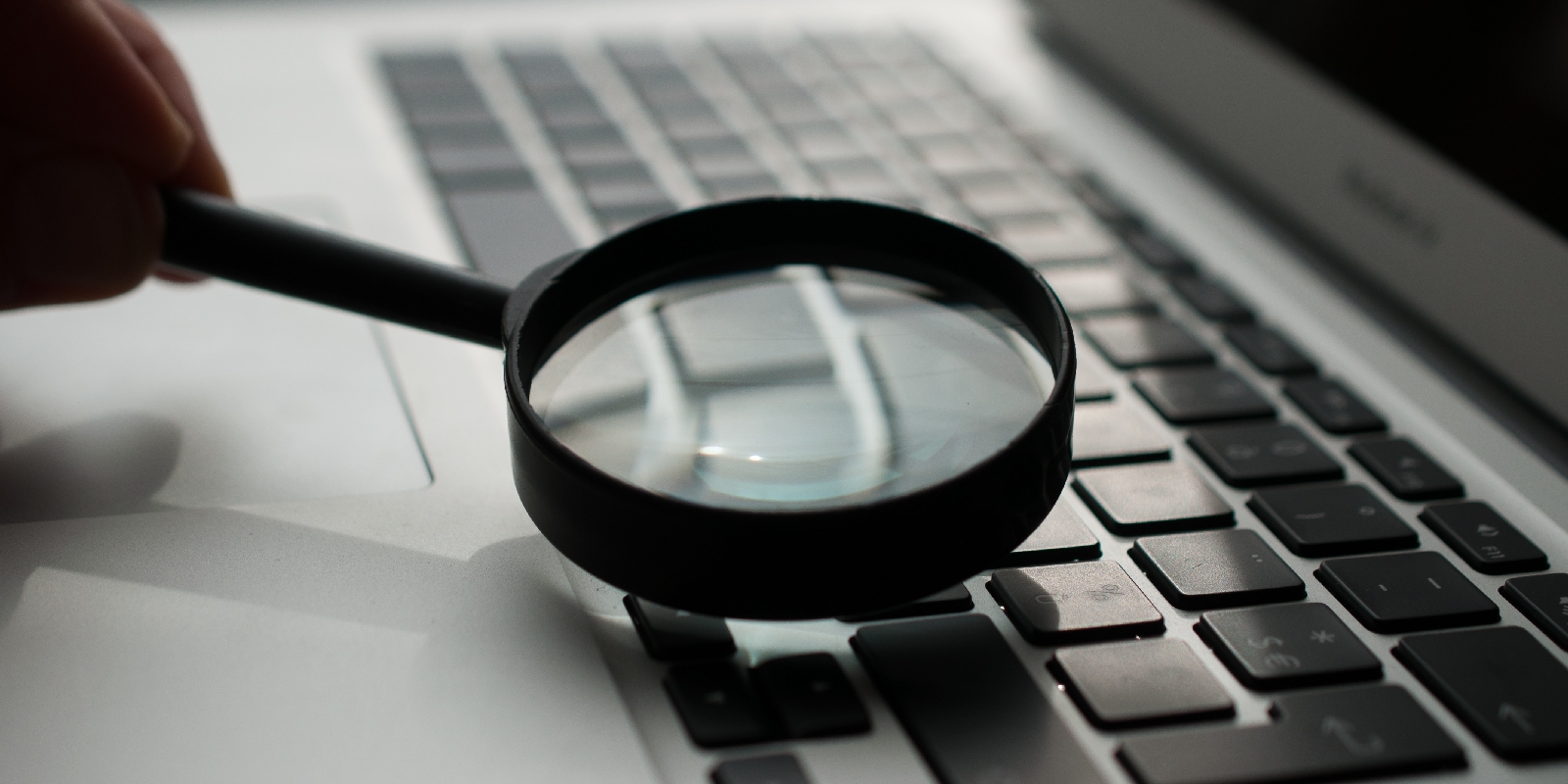 As a developer, you often don't have control over which third-party scripts your site loads. Before you can optimize third-party content you have to do some detective work to find out what's making your site slow. 🕵️

In this post, you'll learn how to use Lighthouse and Chrome DevTools to identify slow third-party resources. The post walks through increasingly robust techniques which are best used in combination.

If you only have 5 minutes #

The Lighthouse Performance audit helps you discover opportunities to speed up page loads. Slow third-party scripts are likely to appear in the Diagnostics section under the Reduce JavaScript execution time and Avoid enormous network payloads audits.

To run an audit: 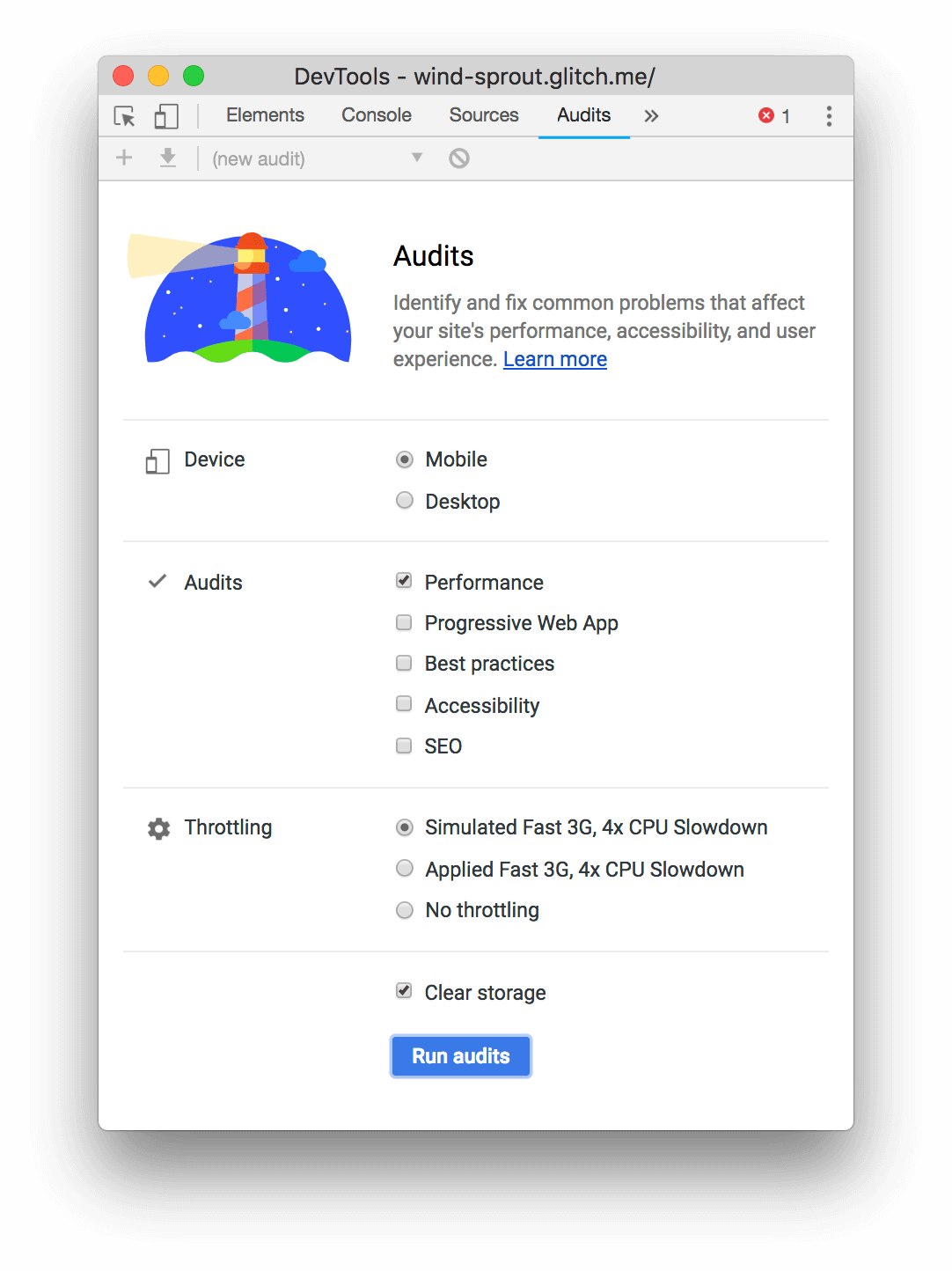 The Lighthouse Third-party usage audit shows a list of the third-party providers a page uses. This overview can help you better understand the big picture and identify redundant third-party code. The audit is available in the Lighthouse extension and will soon be added to DevTools in Chrome 77. 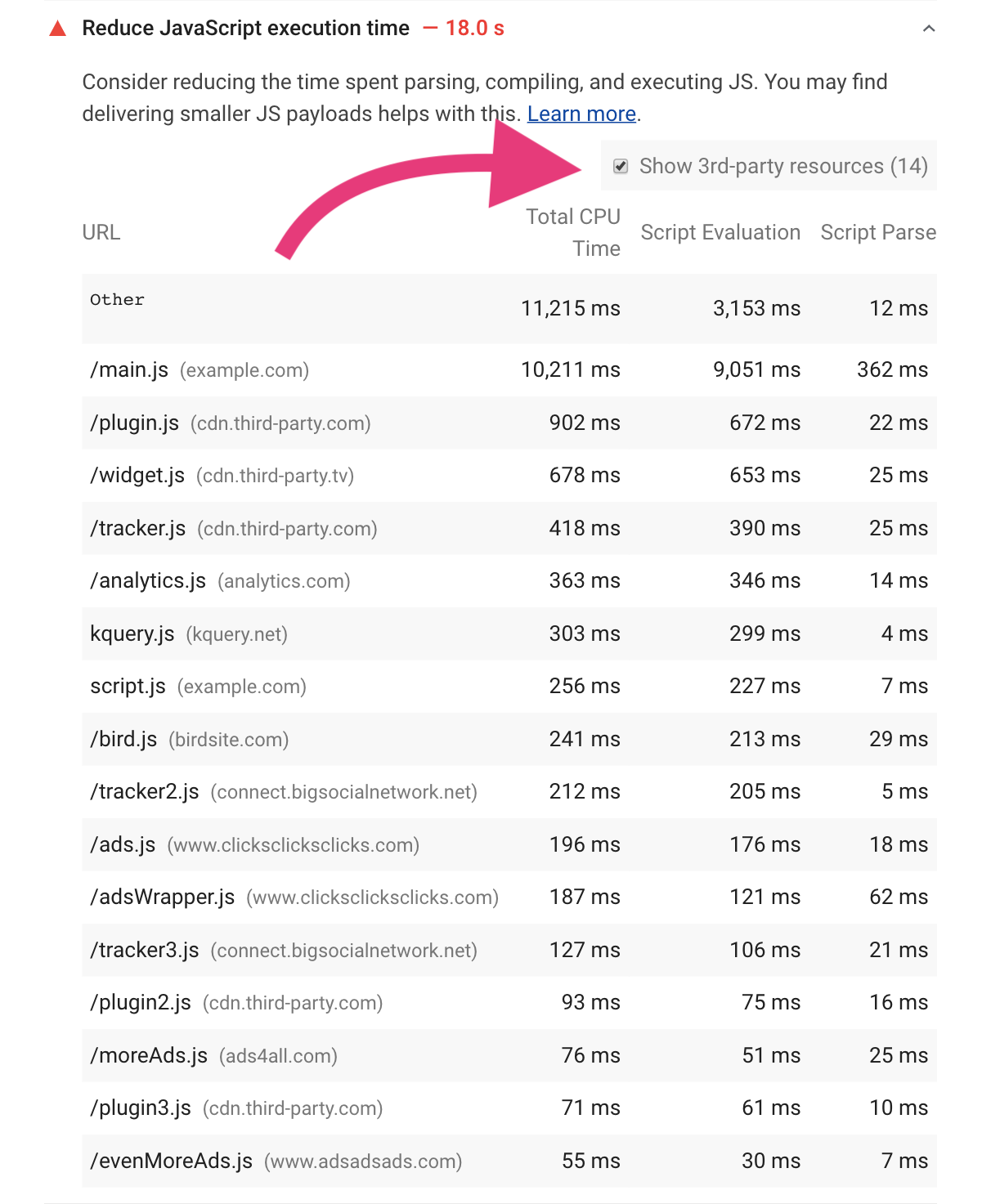 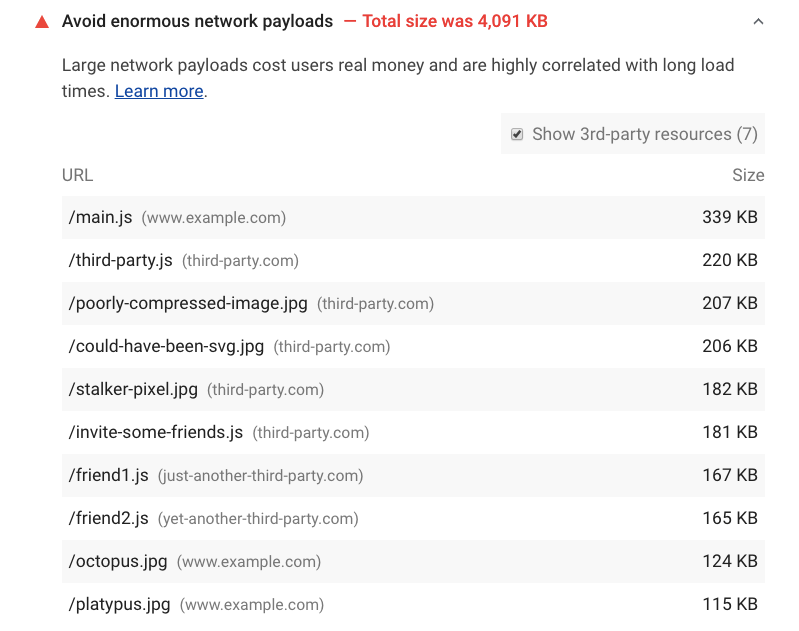 Chrome DevTools network request blocking allows you to see how your page behaves when a particular script, stylesheet, or other resource isn't available. After you identify third-party scripts that you suspect affect performance, measure how your load time changes by blocking the requests to those scripts. 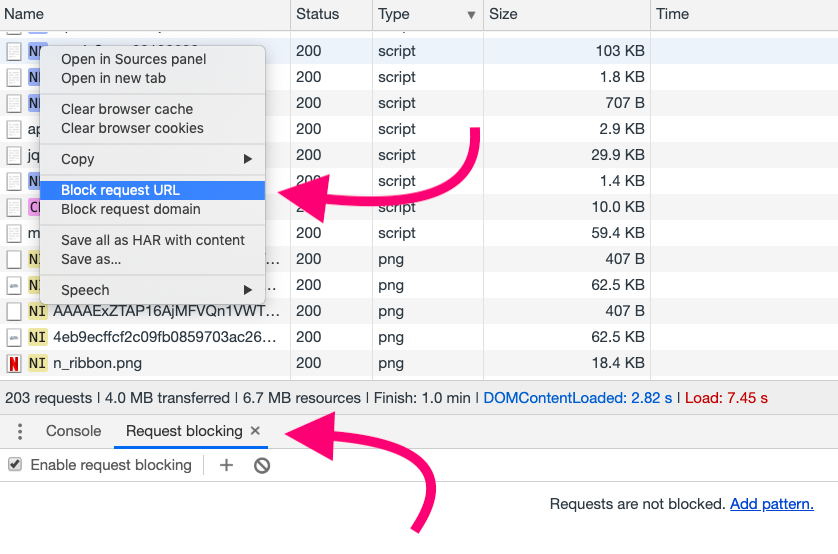 A Request blocking tab will appear in the DevTools drawer. You can manage which requests have been blocked there.

To measure the impact of third-party scripts:

You should hopefully see a speed improvement, but occasionally blocking third-party scripts might not have the effect you expect. If that's the case, reduce the list of blocked URLs until you isolate the one that's causing slowness.

Note that doing three or more runs of measurement and looking at the median values will likely produce more stable results. As third-party content can occasionally pull in different resources per page load, this approach can give you a more realistic estimate. DevTools now supports multiple recordings in the Performance panel, making this a little easier.