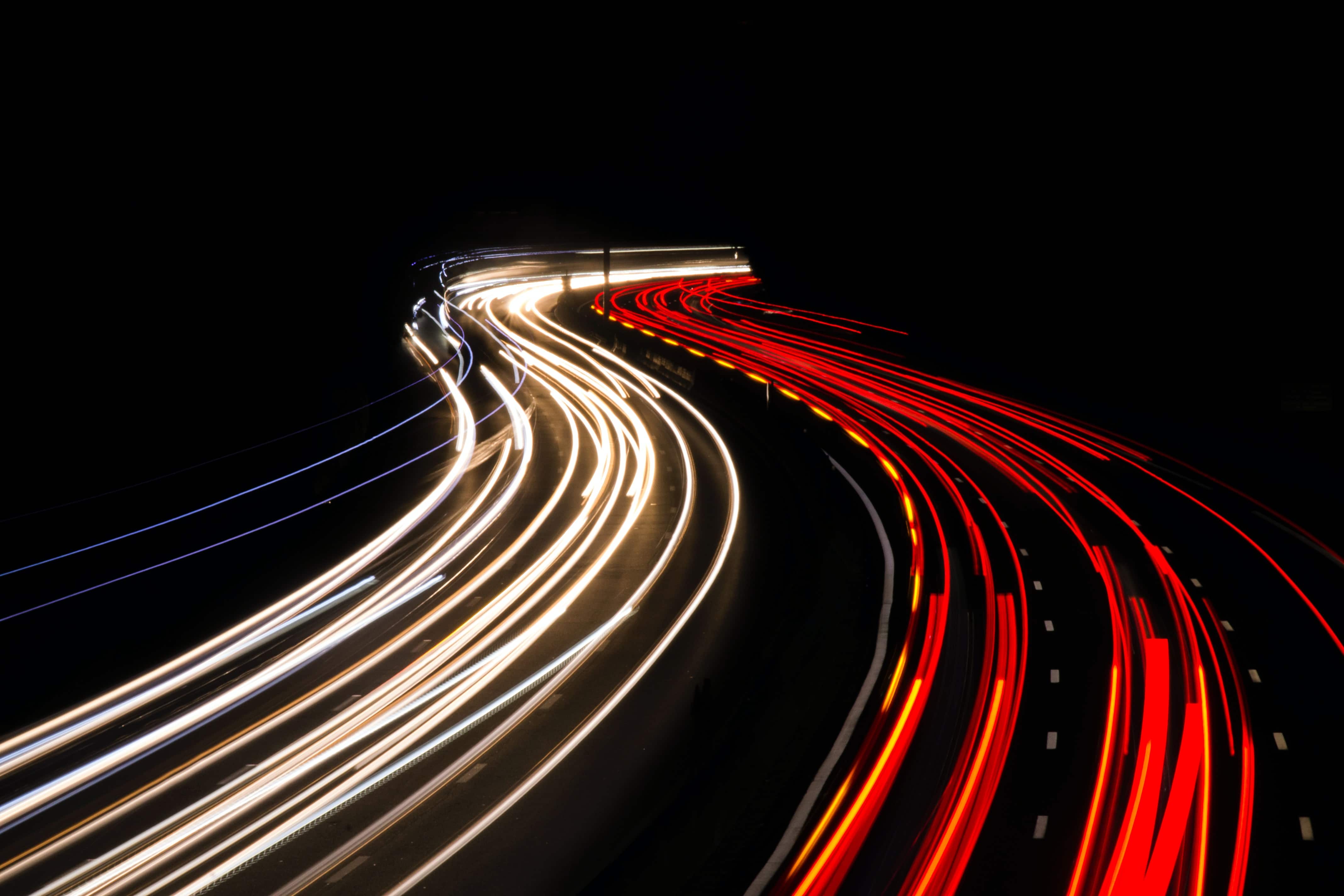 WebTransport is a web API that uses the HTTP/3 protocol as a bidirectional transport. It's intended for two-way communications between a web client and an HTTP/3 server. It supports sending data both unreliably via its datagram APIs, and reliably via its streams APIs.

Datagrams are ideal for sending and receiving data that do not need strong delivery guarantees. Individual packets of data are limited in size by the maximum transmission unit (MTU) of the underlying connection, and may or may not be transmitted successfully, and if they are transferred, they may arrive in an arbitrary order. These characteristics make the datagram APIs ideal for low-latency, best-effort data transmission. You can think of datagrams as user datagram protocol (UDP) messages, but encrypted and congestion-controlled.

The streams APIs, in contrast, provide reliable, ordered data transfer. They're well-suited to scenarios where you need to send or receive one or more streams of ordered data. Using multiple WebTransport streams is analogous to establishing multiple TCP connections, but since HTTP/3 uses the lighter-weight QUIC protocol under the hood, they can be opened and closed without as much overhead.

We're interested in hearing more about how you plan to use WebTransport.

Many of the concepts in this proposal were previously experimented with as part of the earlier QuicTransport origin trial, which did not end up being released as part of Chrome. WebTransport helps with similar use cases as QuicTransport, with the primary difference being that HTTP/3 instead of QUIC is the underlying transport protocol.

The WebTransport features described in this article are shipping in Chrome, Edge, and other Chromium-based browsers, starting with version 97.

Firefox does not currently have support for WebTransport. Updates on their position can be found in this Mozilla bugs ticket.

Safari does not currently have support for WebTransport.

As with all features that do not have universal browser support, coding defensively via feature detection is a best practice.

WebTransport's relationship to other technologies #

Is WebTransport a replacement for WebSockets? #

Maybe. There are use cases where either WebSockets or WebTransport might be valid communication protocols to use.

WebSockets communications are modeled around a single, reliable, ordered stream of messages, which is fine for some types of communication needs. If you need those characteristics, then WebTransport's streams APIs can provide them as well. In comparison, WebTransport's datagram APIs provide low-latency delivery, without guarantees about reliability or ordering, so they're not a direct replacement for WebSockets.

Using WebTransport, via the datagram APIs or via multiple concurrent Streams API instances, means that you don't have to worry about head-of-line blocking, which can be an issue with WebSockets. Additionally, there are performance benefits when establishing new connections, as the underlying QUIC handshake is faster than starting up TCP over TLS.

WebTransport is part of a new draft specification, and as such the WebSocket ecosystem around client and server libraries is currently much more robust. If you need something that works "out of the box" with common server setups, and with broad web client support, WebSockets is a better choice today.

Is WebTransport the same as a UDP Socket API? #

Is WebTransport an alternative to WebRTC data channels? #

Yes, for client-server connections. WebTransport shares many of the same properties as WebRTC data channels, although the underlying protocols are different.

WebRTC data channels support peer-to-peer communications, but WebTransport only supports client-server connection. If you have multiple clients that need to talk directly to each other, then WebTransport isn't a viable alternative.

Generally, running a HTTP/3-compatible server requires less setup and configuration than maintaining a WebRTC server, which involves understanding multiple protocols (ICE, DTLS, and SCTP) in order to get a working transport. WebRTC entails many more moving pieces that could lead to failed client/server negotiations.

The WebTransport API was designed with the web developer use cases in mind, and should feel more like writing modern web platform code than using WebRTC's data channel interfaces. Unlike WebRTC, WebTransport is supported inside of Web Workers, which allows you to perform client-server communications independent of a given HTML page. Because WebTransport exposes a Streams-compliant interface, it supports optimizations around backpressure.

However, if you already have a working WebRTC client/server setup that you're happy with, switching to WebTransport may not offer many advantages.

The best way to experiment with WebTransport is to start up a compatible HTTP/3 server. You can then use this page with a basic JavaScript client to try out client/server communications.

Additionally, a community-maintained echo server is available at webtransport.day.

WebTransport was designed on top of modern web platform primitives, like the Streams API. It relies heavily on promises, and works well with async and await.

The current WebTransport implementation in Chromium supports three distinct types of traffic: datagrams, as well as both unidirectional and bidirectional streams.

Connecting to a server #

You can connect to a HTTP/3 server by creating a WebTransport instance. The scheme of the URL should be https. You need to explicitly specify the port number.

You should use the ready promise to wait for the connection to be established. This promise will not be fulfilled until the setup is complete, and will reject if the connection fails at the QUIC/TLS stage.

The closed promise fulfills when the connection closes normally, and rejects if the closure was unexpected.

If the server rejects the connection due to a client indication error (e.g. the path of the URL is invalid), then that causes closed to reject, while ready remains unresolved.

Once you have a WebTransport instance that's connected to a server, you can use it to send and receive discrete bits of data, known as datagrams.

Both types of streams use Uint8Array instances for data transfer.

Chrome does not currently expose an async iterator for a ReadableStream. For the time being, using the getReader() method combined with a while() loop is the best way to read from the stream.

Once you've connected to the server, you could also use WebTransport to send and receive data via its Streams APIs.

Each chunk of all streams is a Uint8Array. Unlike with the Datagram APIs, these streams are reliable. But each stream is independent, so data order across streams is not guaranteed.

Similarly, use the abort() method of the WritableStreamDefaultWriter to send a RESET_STREAM to the server. When using abort(), the browser may discard any pending data that hasn't yet been sent.

A WebTransportBidirectionalStream might be created either by the server or the client.

A WebTransportBidirectionalStream is just a combination of a WebTransportSendStream and WebTransportReceiveStream. The examples from the previous two sections explain how to use each of them.

The WebTransport draft specification includes a number of additional inline examples, along with full documentation for all of the methods and properties.

Unfortunately, Chrome's DevTools do not currently support WebTransport. You can "star" this Chrome issue to be notified about updates on the DevTools interface.

A polyfill (or rather ponyfill that provides functionality as a standalone module you can use) called webtransport-ponyfill-websocket that implements some of the features of WebTransport is available. Carefully read the constraints in the project's README to determine if this solution can work for your use case.

See the corresponding section of the draft specification for authoritative guidance.

The Chrome team wants to hear your thoughts and experiences using this API.

Feedback about the API design #

Is there something about the API that's awkward or doesn't work as expected? Or are there missing pieces that you need to implement your idea?

File an issue on the Web Transport GitHub repo, or add your thoughts to an existing issue.

Problem with the implementation? #

Did you find a bug with Chrome's implementation?

File a bug at https://new.crbug.com. Include as much detail as you can, along with simple instructions for reproducing.

Planning to use the API? #

Your public support helps Chrome prioritize features, and shows other browser vendors how critical it is to support them.

You can use the web-transport-dev Google Group for general questions or problems that don't fit into one of the other categories.

This article incorporates information from the WebTransport Explainer, draft specification, and related design docs. Thank you to the respective authors for providing that foundation.

The hero image on this post is by Robin Pierre on Unsplash.