The raw data of the Chrome UX Report (CrUX) is available on BigQuery, a database on the Google Cloud Platform (GCP). Using BigQuery requires a GCP project and basic knowledge of SQL.

In this guide, learn how to use BigQuery to write queries against the CrUX dataset to extract insightful results about the state of user experiences on the web:

Start by looking at a basic query:

To run the query, enter it into the query editor and press the "Run query" button: 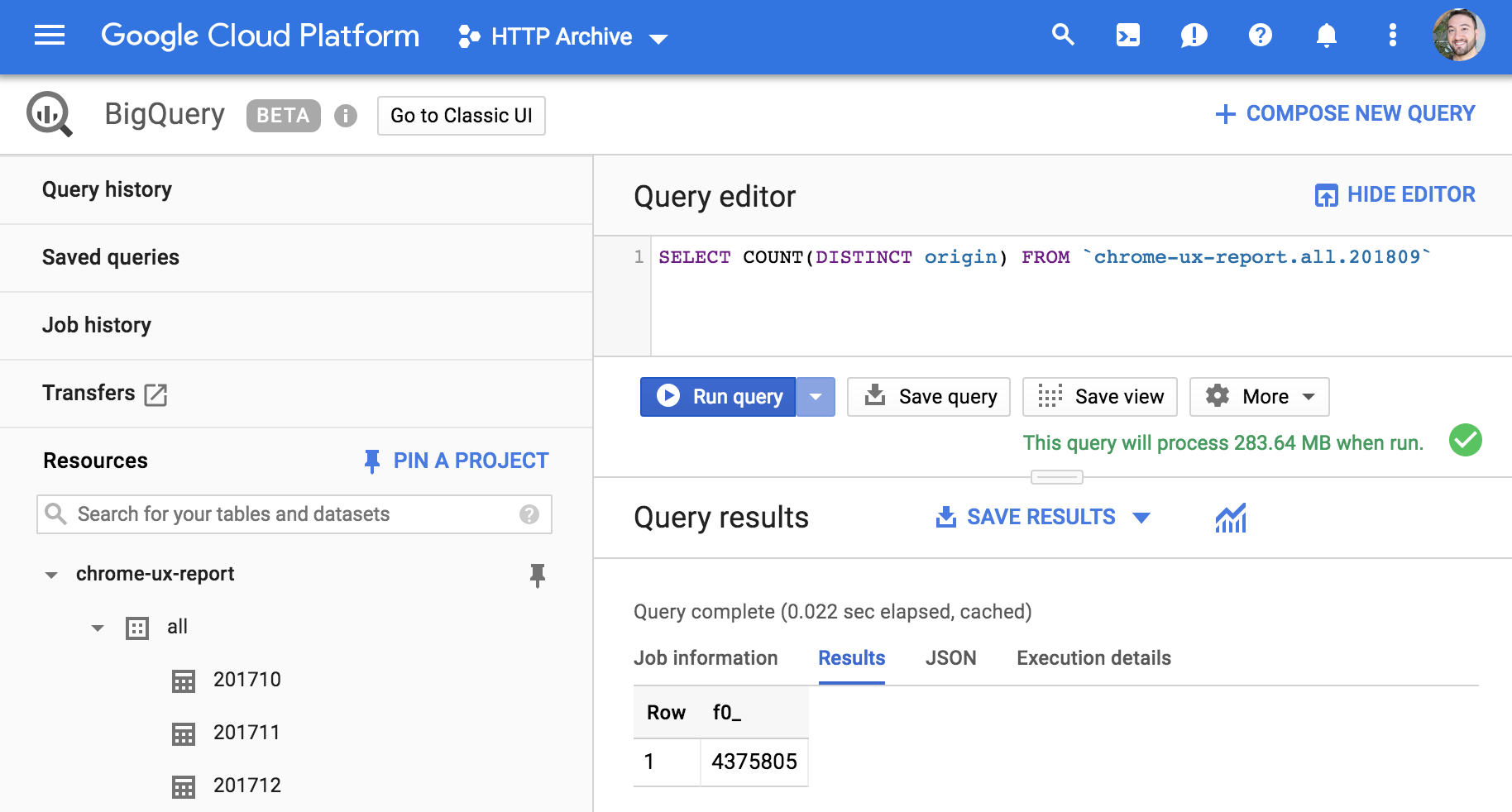 There are two parts to this query:

There are also datasets for every country. For example, chrome-ux-report.country_ca.201809 represents only the user experience data originating from Canada.

Within each dataset there are tables for every month since 201710. New tables for the previous calendar month are published regularly.

The structure of the data tables (also known as the schema) contains:

The data for each metric is organized as an array of objects. In JSON notation, first_contentful_paint.histogram.bin would look similar to this:

Each bin contains a start and an end time in milliseconds and a density representing the percent of user experiences within that time range. In other words, 12.34% of FCP experiences for this hypothetical origin, connection speed, and device type are less than 100ms. The sum of all bin densities is 100%.

Browse the structure of the tables in BigQuery.

Let's use our knowledge of the table schema to write a query that extracts this performance data. 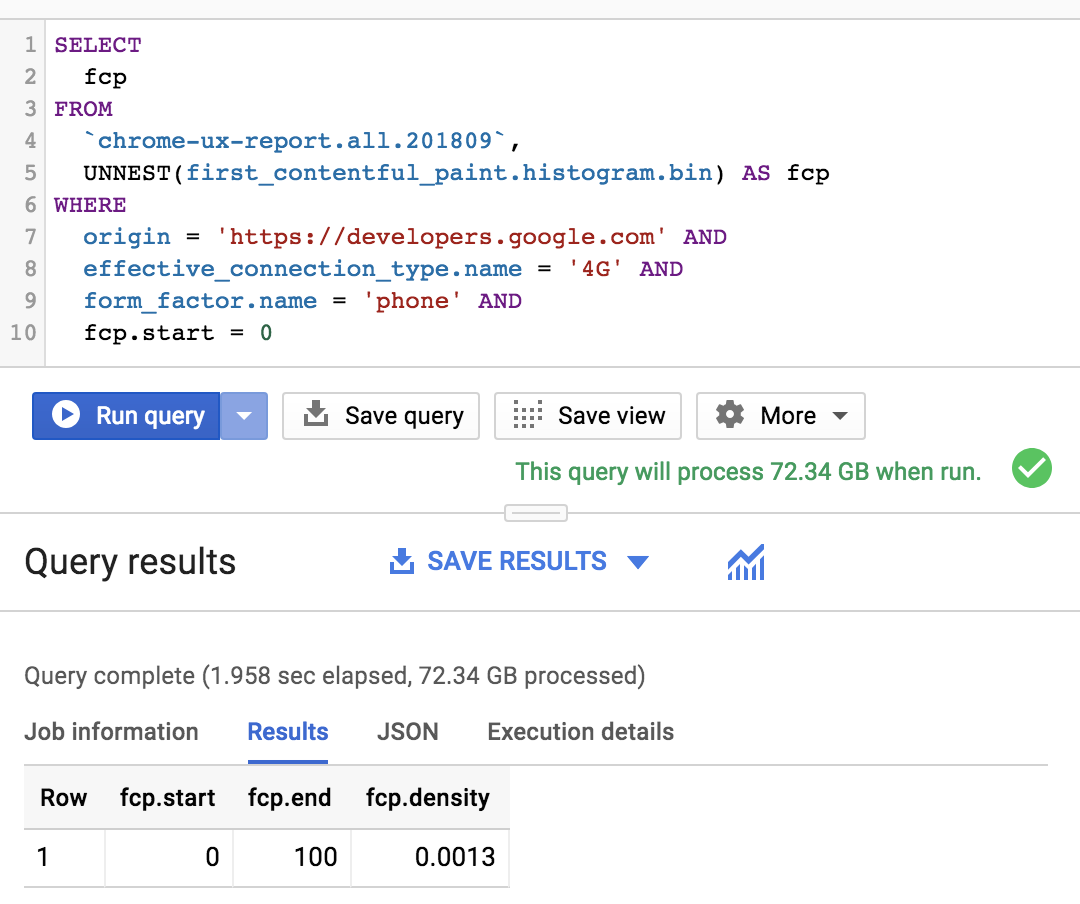 The result is 0.0013, meaning that 0.13% of user experiences on this origin are between 0 and 100ms on 4G and on a phone. If we want to generalize our query to any connection and any device type, we can omit them from the WHERE clause and simply use the SUM aggregator function to add up all of their respective bin densities: 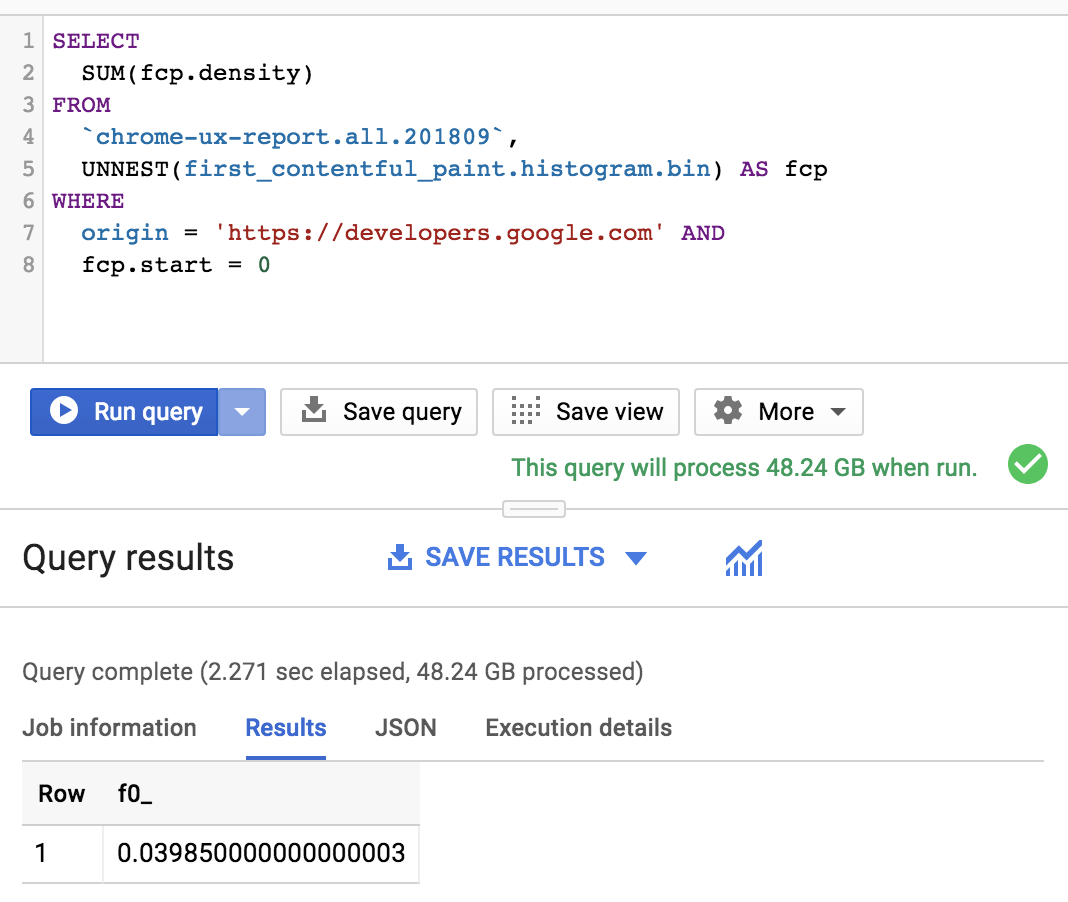 The result is 0.0399, or 3.99% across all devices and connection types. Let's modify the query slightly and add up the densities for all bins that are in the "fast" FCP range of 0–1000ms: 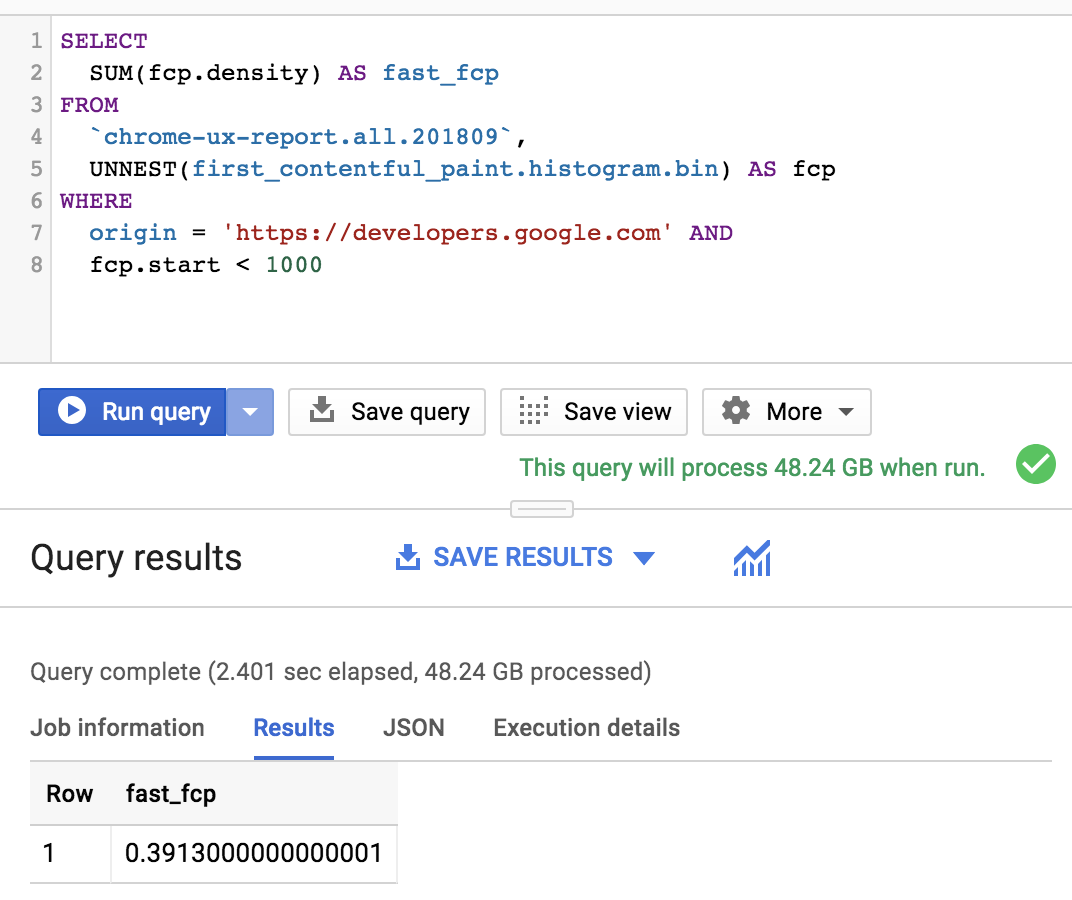 This gives us 0.3913. In other words, 39.13% of the FCP user experiences on developers.google.com are considered "fast" according to the FCP range definition.

Now that we've extracted performance data about an origin, let's compare it to the historical data available in older tables. To do that, we could rewrite the table address to an earlier month, or we could use the wildcard syntax to query all months: 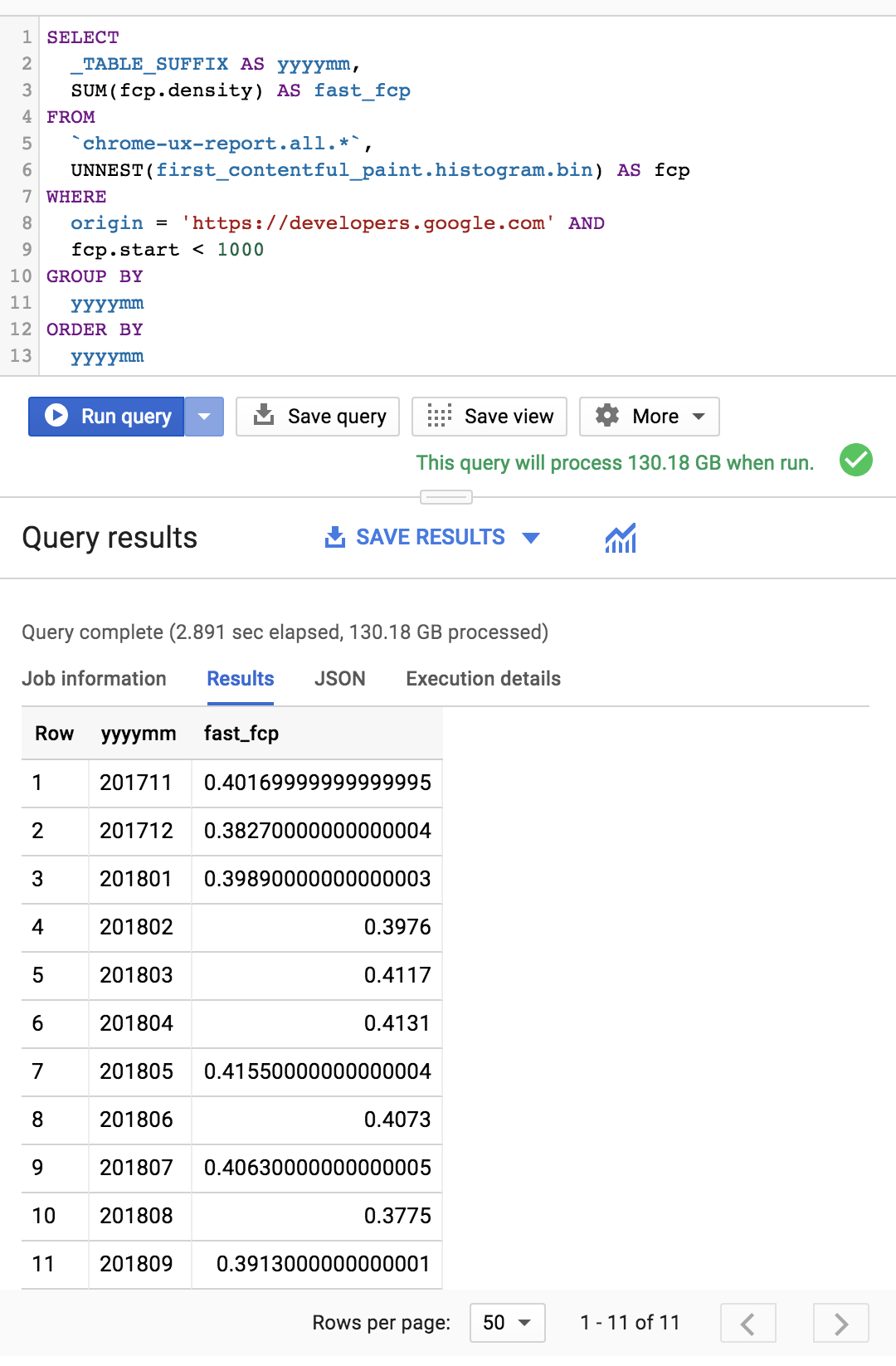 Here, we see that the percent of fast FCP experiences varies by a few percentage points each month.

With these techniques, you're able to look up the performance for an origin, calculate the percent of fast experiences, and track it over time. As a next step, try querying for two or more origins and comparing their performance.

When would I use BigQuery as opposed to other tools? #

BigQuery is only needed when you can't get the same information from other tools like the CrUX Dashboard and PageSpeed Insights. For example, BigQuery allows you to slice the data in meaningful ways and even join it with other public datasets like the HTTP Archive to do some advanced data mining.

Are there any limitations to using BigQuery? #

Yes, the most important limitation is that by default users can only query 1TB worth of data per month. Beyond that, the standard rate of $5/TB applies.

Where can I learn more about BigQuery? #

Check out the BigQuery documentation for more info.