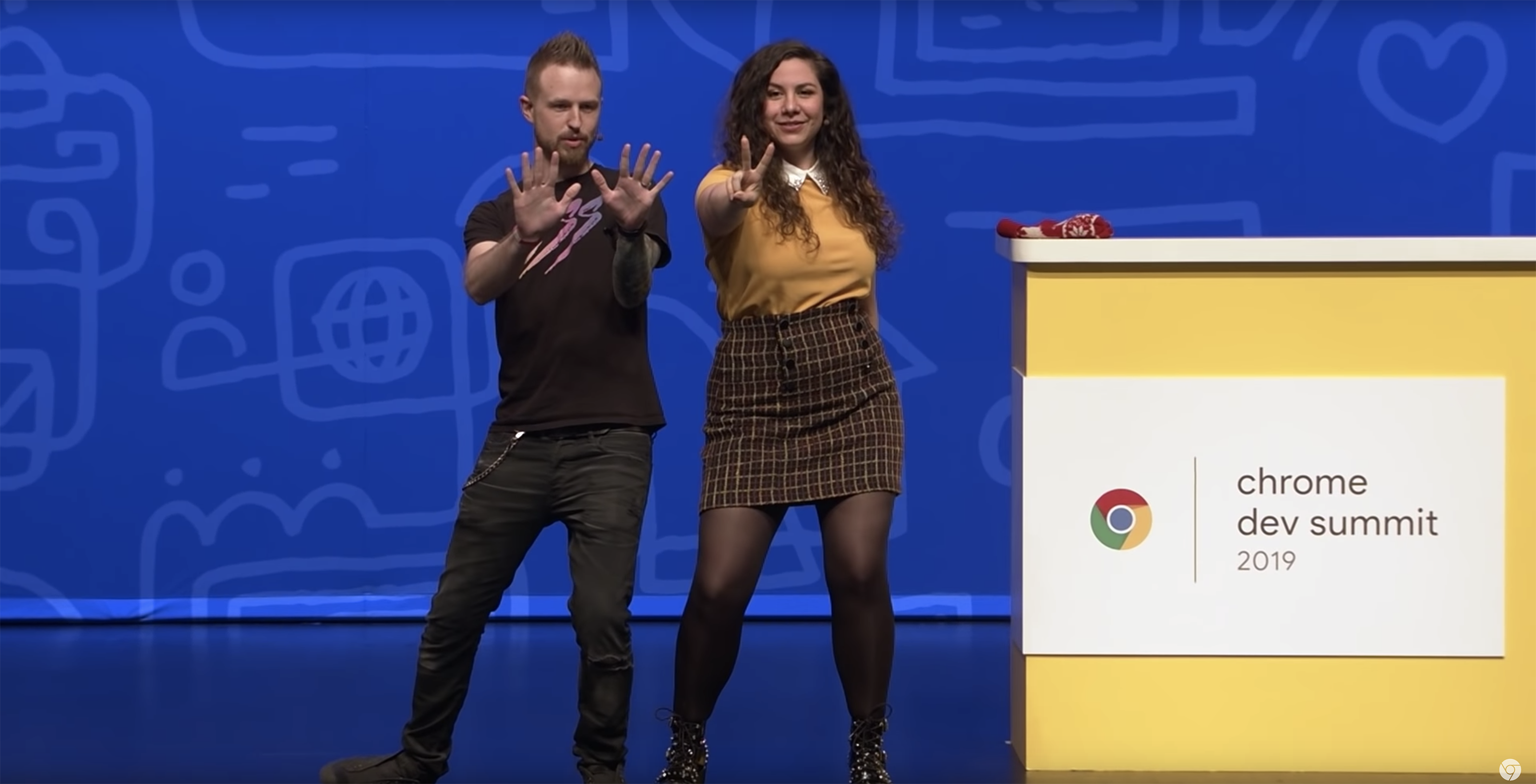 There are a ton of exciting things happening in CSS right now—and many of them are already supported in today's browsers! Our talk at CDS 2019, which you can watch below, covers several new and upcoming features we thought should get some attention.

This post focuses on the features you can use today, so be sure to watch the talk for a deeper discussion of upcoming features like Houdini. You can also find demos for all the features we discuss on our CSS@CDS page.

Scroll Snap lets you define snap points as the user scrolls your content vertically, horizontally, or both. It offers built-in scroll inertia and deceleration, and it's touch enabled.

This sample code sets up horizontal scrolling in a &LTsection> element with snap points aligned to the left sides of child &LTpicture> elements:

Here's how it works:

And here's a live demo:

You can also take a look at demos for vertical scroll snap and matrix scroll snap.

While scroll snap supports vertical snapping, be cautious when using it at the page level since it can feel like control is being taken from the user in some cases. It's usually best to apply snapping to a component on your page rather than the page itself.

:focus-within addresses a long-standing accessibility issue: there are many cases when focusing a child element should affect the presentation of a parent element so that the UI is accessible to users of assistive technologies.

For example, if you have a dropdown menu with several items, the menu should remain visible while any of the items has focus. Otherwise, the menu disappears for keyboard users.

:focus-within tells the browser to apply a style when focus is on any child element of a specified element. Returning to the menu example, by setting :focus-within on the menu element, you can make sure it stays visible when a menu item has focus: 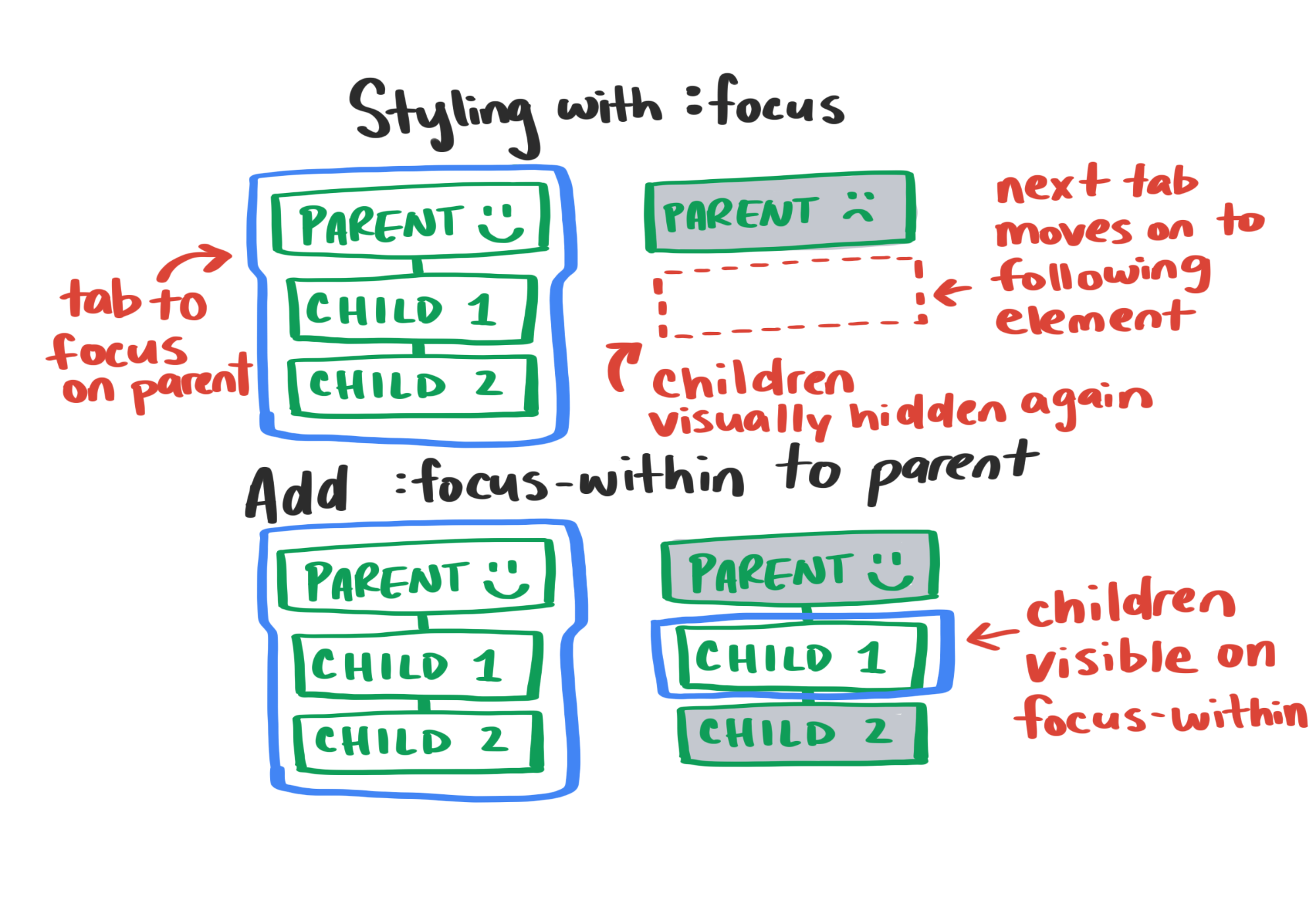 Try tabbing through the focusable elements in the demo below. You'll notice that the menus remain visible as you focus on the menu items:

New media queries give us powerful ways to adjust the user experience of our apps based on a user's device preferences. Basically, the browser serves as a proxy for system-level preferences that we can respond to in our CSS using the prefers-* group of media queries:

Here are the new queries we think developers will be most excited about:

These queries are a huge win for accessibility. Previously we had no way to know, for example, that a user had set their OS to high-contrast mode. If you wanted to provide a high-contrast mode for a web app that remained true to your brand, you had to ask users to choose it from UI within your app. Now you can detect the high-contrast setting from the OS using prefers-contrast.

One exciting implication of these media queries is that we can design for multiple combinations of system-level user preferences to accommodate the wide range of user preferences and accessibility needs. If a user wants high-contrast dark mode when in dimly lit environments, you can do that!

In Chrome Canary, you can test CSS that uses prefers-reduced-motion or prefers-color-scheme by choosing the appropriate settings in the DevTools Rendering drawer. To access Rendering, open the Command Menu and run the Show Rendering command.

Logical properties solve a problem that has gained visibility as more developers tackle internationalization. Many layout properties like margin and padding assume a language that is read top-to-bottom and left-to-right. 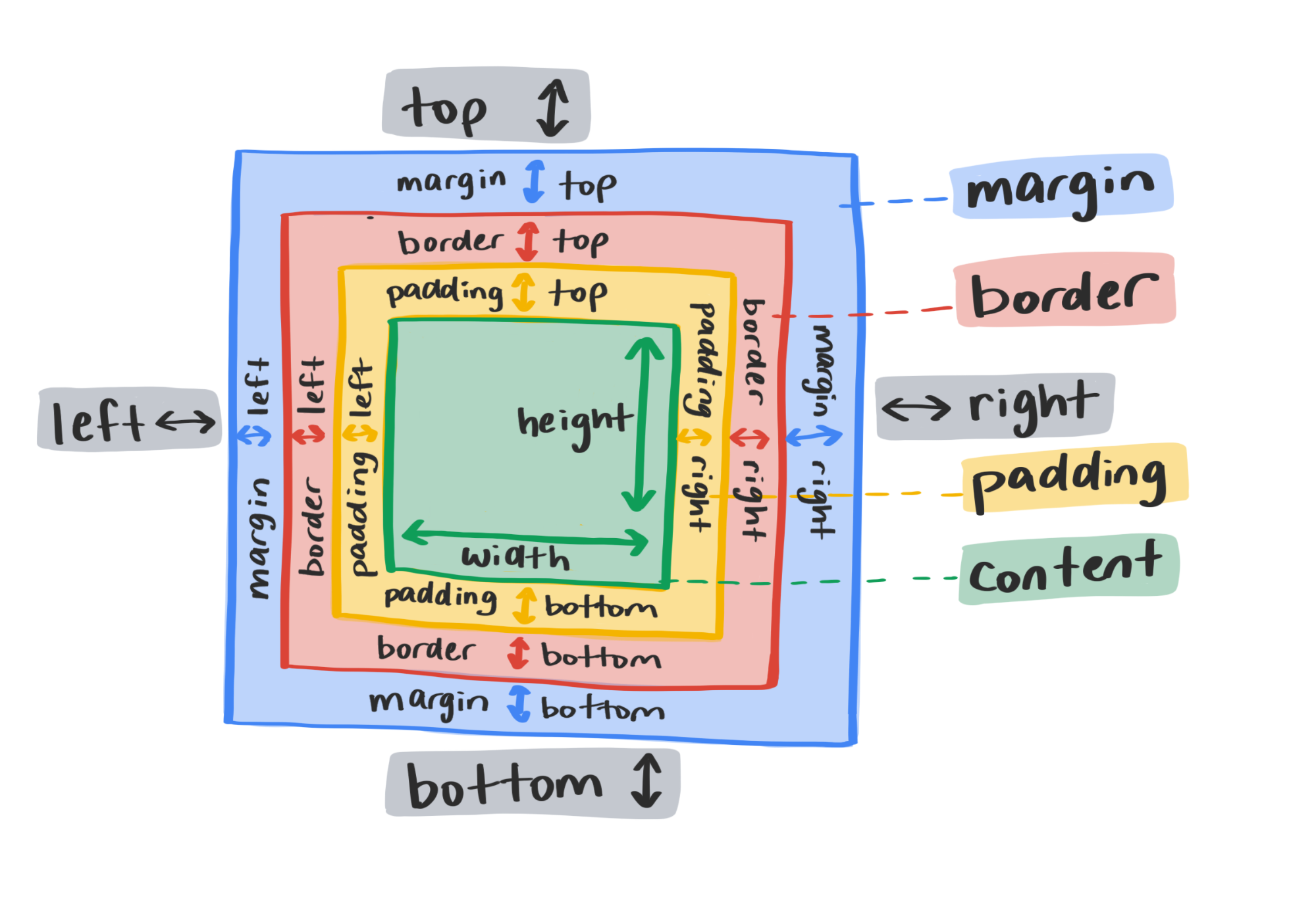 When designing pages for multiple languages with varying writing modes, developers have had to adjust all those properties individually across multiple elements, which quickly becomes a maintainability nightmare.

Logical properties let you maintain layout integrity across translations and writing modes. They dynamically update based on the semantic ordering of content rather than its spatial arrangement. With logical properties, each element has two dimensions:

These dimension names apply to all logical layout properties. So, for example, in English, block-start is the same as top, and inline-end is the same as right. 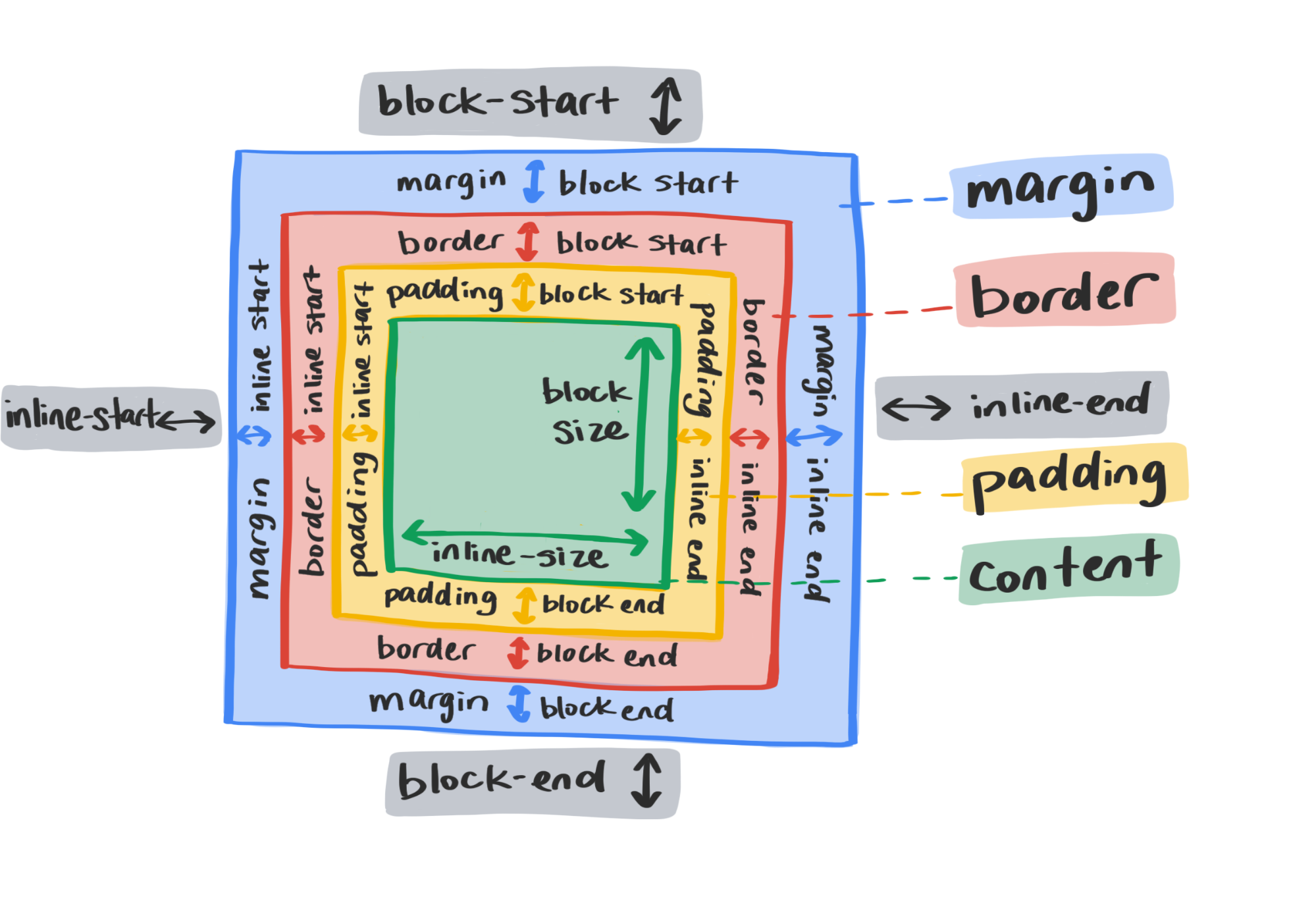 With logical properties, you can automatically update your layout for other languages by simply changing the writing-mode and direction properties for your page rather than updating dozens of layout properties on individual elements.

You can see how logical properties work in the demo below by setting the writing-mode property on the &LTbody> element to different values:

An element with position: sticky remains in block flow until it starts to go offscreen, at which point it stops scrolling with the rest of the page and sticks to the position specified by the element's top value. The space allocated for that element remains in the flow, and the element returns to it when the user scrolls back up.

Sticky positioning lets you create many useful effects that previously required JavaScript. To show some of the possibilities, we've created several demos. Each demo uses largely the same CSS and only slightly adjusts the HTML markup to create each effect.

Like Sticky Slide, the sticky elements in this demo are cousins. However, they've been placed in containers set to a two-column grid layout.

The backdrop-filter property lets you apply graphical effects to the area behind an element rather than to the element itself. This makes lots of cool effects that were previously only achievable using complicated CSS and JavaScript hacks doable with one line of CSS.

For example, this demo uses backdrop-filter to achieve OS-style blurring:

We already have a great post about backdrop-filter, so head there for more info.

While the :is() pseudo-class is actually over ten years old, it still doesn't see as much use as we think it deserves. It takes a comma-separated list of selectors as its argument and matches any selectors in that list. That flexibility makes it incredibly handy and can significantly reduce the amount of CSS you ship. 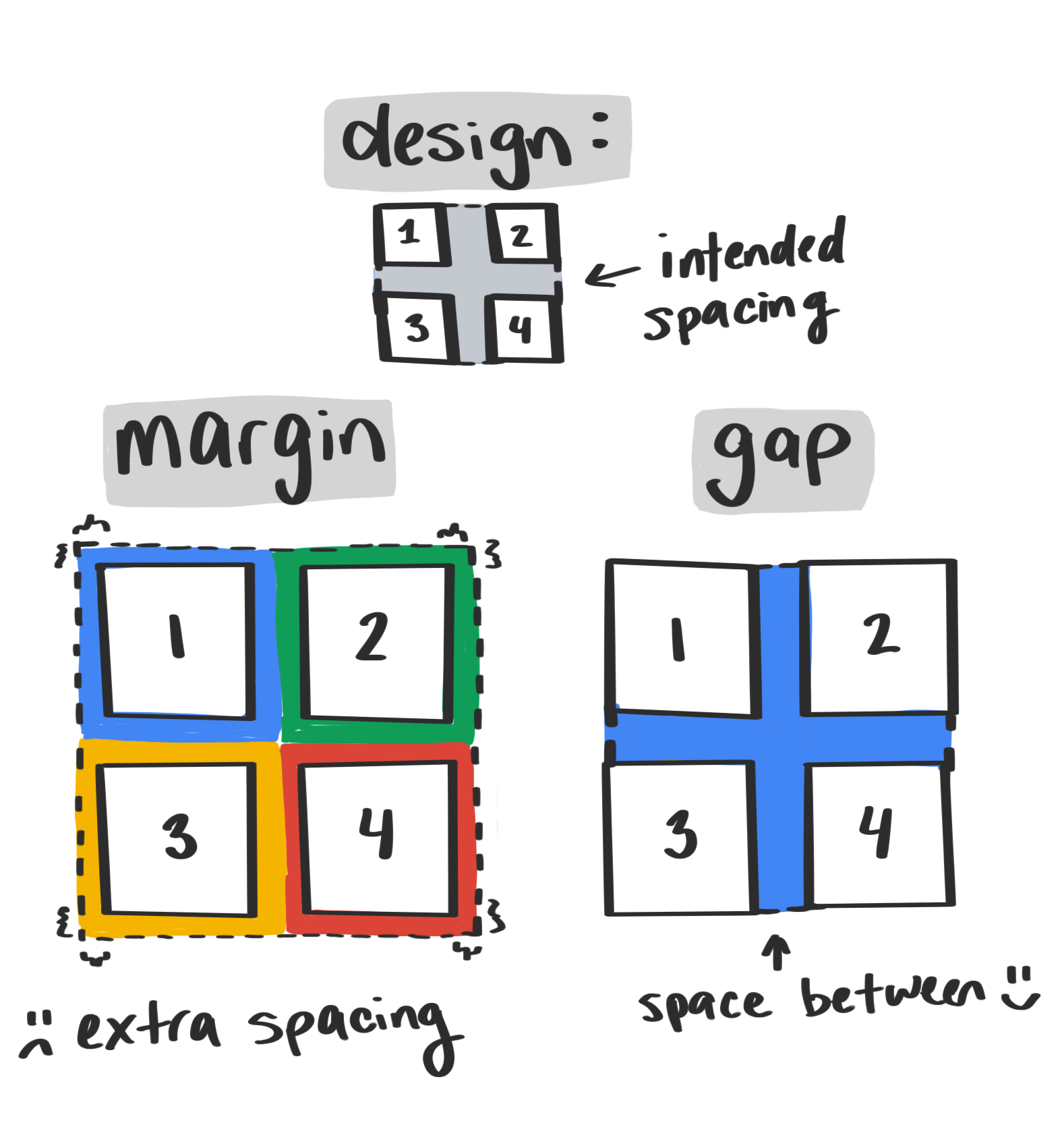 Even better news: gap is coming to flexbox, bringing all the same spacing perks that grid has:

The following video shows the benefits of using a single gap property for two elements, one with a grid layout and one with a flex layout:

Right now, only FireFox supports gap in flex layouts, but play around with this demo to see how it works:

Houdini is a set of low-level APIs for the browser's rendering engine that lets you tell the browser how to interpret custom CSS. In other words, it gives you access to the CSS Object Model, letting you extend CSS via JavaScript. This has several benefits: 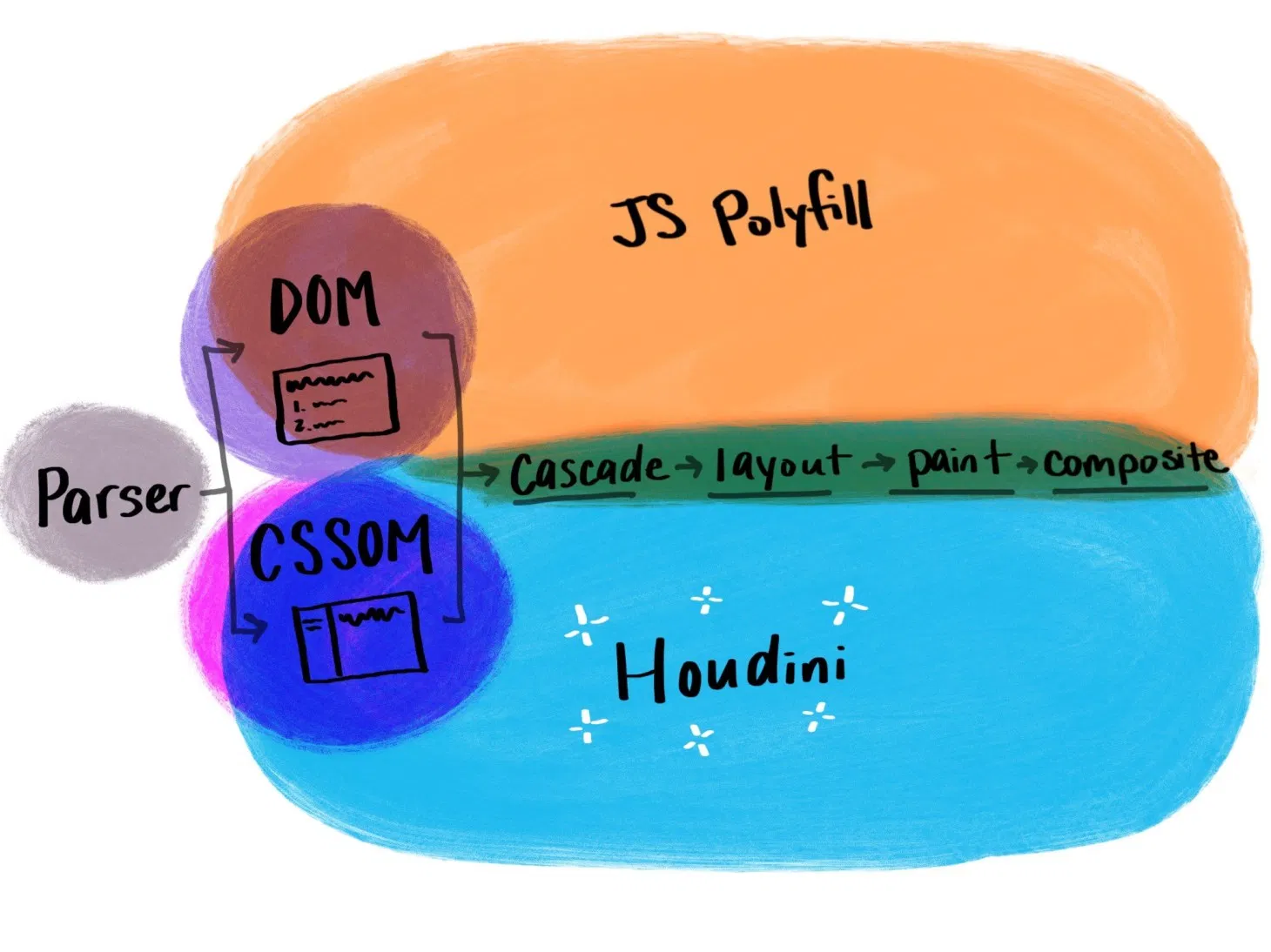 Houdini is an umbrella name for several APIs. If you want more information about them and their current status, take a look at Is Houdini Ready Yet? In our talk, we covered the Properties and Values API, the Paint API, and the Animation Worklet because they're currently the most supported. We could easily dedicate a full post to each of these exciting APIs, but, for now, check out our talk for an overview and some cool demos that start to give a sense of what you can do with the APIs.

There are a few more things on the horizon that we wanted to discuss but didn't have time to cover in depth, so we ran through them in a speed round.⚡ If you haven't heard of some of these features yet, be sure to watch the last part of the talk!