Chances are your PWA needs updating. This chapter gives you the tools to update different parts of your PWA, from assets to metadata.

You have published your PWA: some users use it from the browser, others install it on their devices. When you update the app, it's important to apply best practices to avoid pitfalls.

Let's check out the best practices for each of these elements.

To update data, such as that stored in IndexedDB, you can use tools such as Fetch, WebRTC, or WebSockets API. If your app supports any offline features, remember to keep the data that supports the features updated too.

On compatible browsers, there are options to sync data, not only when the user opens the PWA but also in the background. These options are:

All these APIs are executed from the service worker context. They are currently available only on Chromium-based browsers, on Android, and desktop operating systems. When you use one of these APIs, you can run code in the service worker thread; for example, to download data from your server and update your IndexedDB data.

The Web Push API is the only API to notify the user from the background and its push message can include a small amount of data: it can carry a payload of up to around 2KB.

Updating assets includes any changes to files you use to render the app's interface, such as HTML, CSS, JavaScript, and images. For example, a change in your app's logic, an image that is part of your interface, or a CSS stylesheet.

Here are some common patterns to handle app updates, but you can always customize the process to your own needs:

Another good practice is to find a good time to check for updates and apply them. Here are some options:

When checking for updates, make sure you don't interrupt the loading process and impact your app's performance. Do not wait for an update check before rendering the app as it will harm your user experience and reflect on your core web vitals. If you need to udate part of your app frequently, use the stale while revalidate caching strategy.

You can also choose whether to apply an update when the app is open (live) or closed. With the app closed approach, even though the app has downloaded new assets, it won't make any changes and will use the new versions on the next load.

A live update means as soon as the asset is updated in the cache, your PWA replaces the asset in the current load. It is a complex task not covered in this course. Some tools that help to implement this update are livereload-js and CSS asset update CSSStyleSheet.replace() API.

The browser triggers an update algorithm when your service worker or its dependencies change. The browser detects updates using a byte-by-byte comparison between the cached files and the resources coming from the network.

Even though it is not recommended, the new service worker can skip that waiting period and start the activation immediately.

The controllerchange event fires when the service worker controlling the current page changes. For example, a new worker has skipped waiting and become the new active worker.

You can also update your app's metadata, which is mainly set in the web app manifest. For example, update its icon, name, or start URL, or you can add a new feature such as app shortcuts. But what happens with all the users who have already installed the app with the old icon on their devices? How and when do they get the updated version?

The answer depends on the platform. Let's cover the options available.

On these platforms, the only way to get the new manifest metadata is to re-install the app from the browser.

If you modify your start_url the browser may install the app as a completely new app. However, it has been a common practice to add a manual version identifier within the start_url property, such as /?version=3 to identify the version. From Chrome 96 you can add an id into the manifest to identify your app.

Google Chrome on Android with WebAPK #

When the user has installed your PWA on Android using Google Chrome with WebAPK activated (most of the Chrome PWA installations), the update will be detected and applied based on an algorithm. Check out the details in this manifest updates article.

Some additional notes about the process:

If the user doesn't open your PWA, its WebAPK won't be updated. If the server doesn't respond with the manifest file (there is a 404 error), Chrome won't check for updates for a minimum of 30 days, even if the user opens the PWA.

Go to about:webapks in Chrome on Android to see the status of the "needing update" flag, and request an update. In the Tools and debug chapter, you can read more about this debugging tool.

Samsung Internet on Android with WebAPK #

The process is similar to the Chrome version. In this case, if the PWA manifest requires an update, during the next 24 hours the WebAPK will be updated on Wi-Fi after minting the updated WebAPK.

When selected properties are updated, it will trigger an update after all windows have been closed.

Some updating strategies need a reload or a new navigation from the clients. You'll want to let the user know there is an update waiting but give them the chance to update the page when it is best for them.

To inform the user, there are these options: 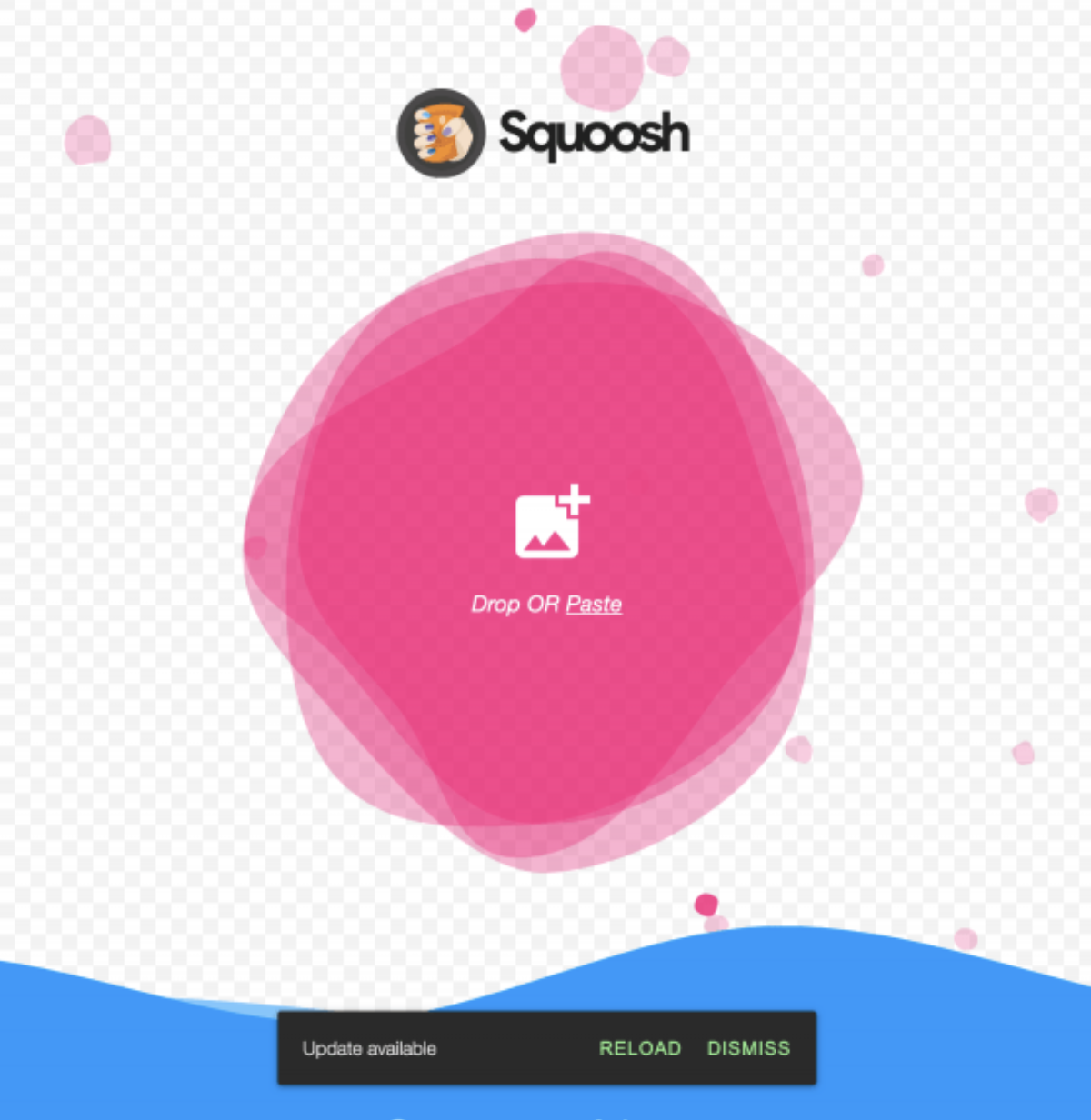 More about the Badging API #

The Badging API lets you mark your PWA's icon with a badge number, or a badge dot on compatible browsers. A badge dot is a tiny mark within the installed icon that expresses something is waiting inside the app.

You need to call setAppBadge(count) on the navigator object to set a badge number. You can do this from the window or service worker's context when you know there is an update to alert the user.

To clear the badge, you call clearAppBadge() on the same object:

The Badging API works on a best-effort mechanism; the browser will do its best to match your request, but sometimes the browser will revert to a different approach. For example, a badge number is not available on some Android devices, so a dot badge is used, no matter the number you specify.