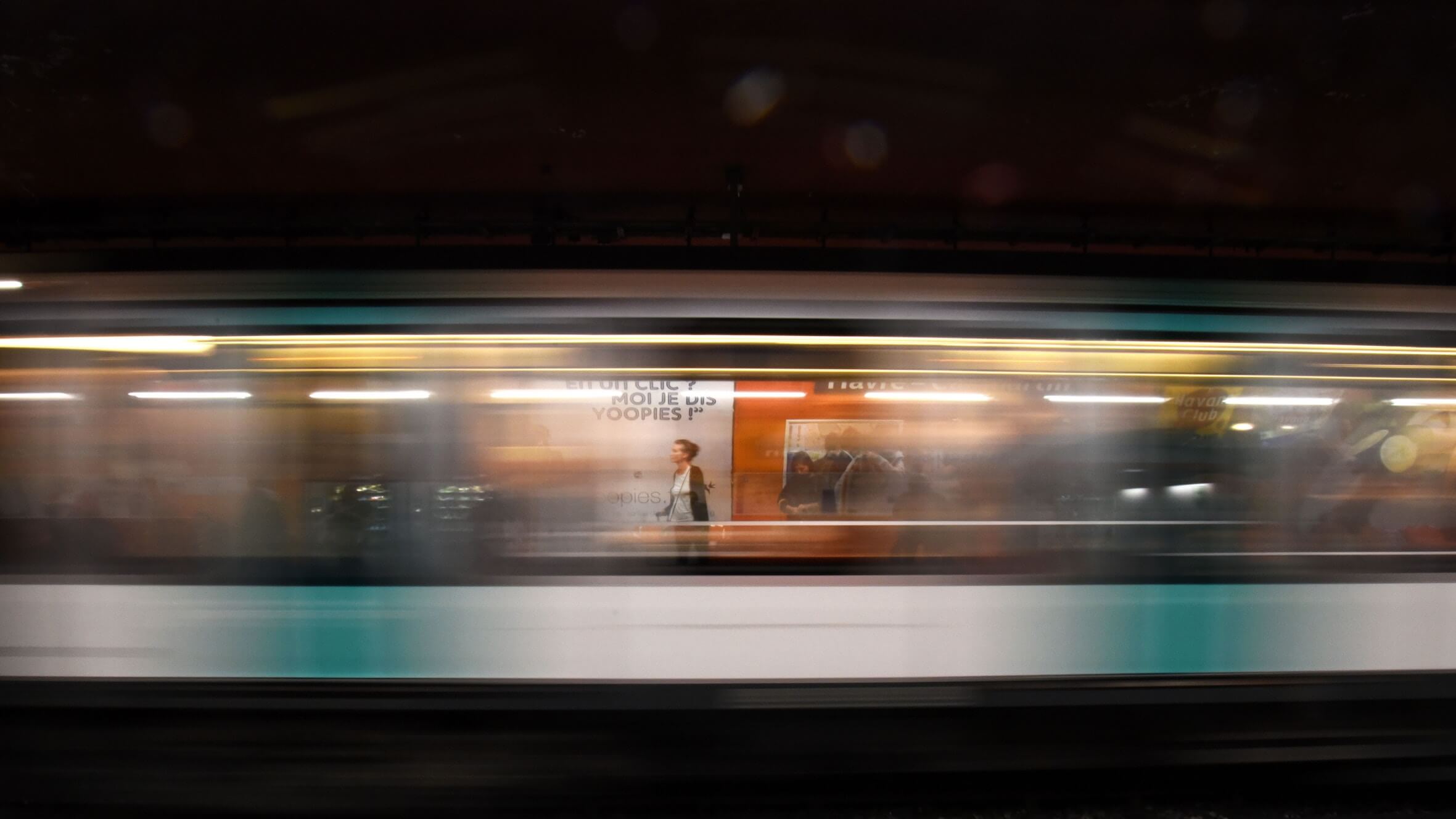 Not everyone likes decorative animations or transitions, and some users outright experience motion sickness when faced with parallax scrolling, zooming effects, and so on. The user preference media query prefers-reduced-motion lets you design a motion-reduced variant of your site for users who have expressed this preference.

Too much motion in real life and on the web #

The other day, I was ice skating with my kids. It was a lovely day, the sun was shining, and the ice rink was crammed with people ⛸. The only issue with that: I don't cope with crowds well. With so many moving targets, I fail to focus on anything, and end up lost and with a feeling of complete visual overload, almost like staring at an anthill 🐜.

Occasionally, the same can happen on the web: with flashing ads, fancy parallax effects, surprising reveal animations, autoplaying videos, and so on, the web sometimes can be quite overwhelming… Happily, unlike in real life, there is a solution to that. The CSS media query prefers-reduced-motion lets developers create a variant of a page for users who, well, prefer reduced motion. This can comprise anything from refraining from having autoplaying videos to disabling certain purely decorative effects, to completely redesigning a page for certain users.

Before I dive into the feature, let's take one step back and think of what animations are used for on the web. If you want, you can also skip the background information and jump right into the technical details below.

Animation on the web #

Animation is oftentimes used to provide feedback to the user, for example, to let them know that an action was received and is being processed. For example, on a shopping website, a product could be animated to "fly" into a virtual shopping cart, depicted as an icon in the top-right corner of the site.

Another use case involves using motion to hack user perception by using a mixture of skeleton screens, contextual metadata, and low quality image previews to occupy a lot of the user's time and make the whole experience feel faster. The idea is to give context to the user of what's coming and meanwhile load in things as quickly as possible.

Finally, there are decorative effects like animated gradients, parallax scrolling, background videos, and several others. While many users enjoy such animations, some users dislike them because they feel distracted or slowed down by them. In the worst case, users may even suffer from motion sickness as if it were a real life experience, so for these users reducing animations is a medical necessity.

Some users experience distraction or nausea from animated content. For example, scrolling animations can cause vestibular disorders when elements other than the main element associated with the scrolling move around a lot. For example, parallax scrolling animations can cause vestibular disorders because background elements move at a different rate than foreground elements. Vestibular (inner ear) disorder reactions include dizziness, nausea, and migraine headaches, and sometimes require bed rest to recover.

Many operating systems have had accessibility settings for specifying a preference for reduced motion for a long time. The screenshots below show macOS Mojave's Reduce motion preference and Android Pie's Remove animations preference. When checked, these preferences cause the operating system to not use decorative effects like app launching animations. Applications themselves can and should honor this setting, too, and remove all unnecessary animations.

Remove motion on the web #

Media Queries Level 5 brings the reduced motion user preference to the web as well. Media queries allow authors to test and query values or features of the user agent or display device independent of the document being rendered. The media query prefers-reduced-motion is used to detect if the user has set an operating system preference to minimize the amount of animation or motion it uses. It can take two possible values:

Working with the media query from CSS and JavaScript contexts #

As with all media queries, prefers-reduced-motion can be checked from a CSS context and from a JavaScript context.

To illustrate both, let's say I have an important sign-up button that I want the user to click. I could define an attention-catching "vibrate" animation, but as a good web citizen I will only play it for those users who are explicitly OK with animations, but not everyone else, which can be users who have opted out of animations, or users on browsers that don't understand the media query.

If you have a lot of animation-related CSS, you can spare your opted-out users from downloading it by outsourcing all animation-related CSS into a separate stylesheet that you only load conditionally via the media attribute on the link element 😎: &LTlink rel="stylesheet" href="animations.css" media="(prefers-reduced-motion: no-preference)">

To illustrate how to work with prefers-reduced-motion with JavaScript, let's imagine I have defined a complex animation with the Web Animations API. While CSS rules will be dynamically triggered by the browser when the user preference changes, for JavaScript animations I have to listen for changes myself, and then manually stop my potentially in-flight animations (or restart them if the user lets me):

Note that the parentheses around the actual media query are obligatory:

Working with the media query from &LTpicture> contexts #

An interesting use case is to make playing of an animated AVIF, WebP, or GIF dependent on the media attribute. If (prefers-reduced-motion: no-preference) evaluates to true, it's safe to display the animated version, else the static version:

You can see the example below. Try toggling your device's motion preferences to see the difference.

I have created a little demo based on Rogério Vicente's amazing 🐈 HTTP status cats. First, take a moment to appreciate the joke, it's hilarious and I'll wait. Now that you're back, let me introduce the demo. When you scroll down, each HTTP status cat alternatingly appears from either the right or the left side. It's a buttery smooth 60 FPS animation, but as outlined above, some users may dislike it or even get motion sick by it, so the demo is programmed to respect prefers-reduced-motion. This even works dynamically, so users can change their preference on-the-fly, no reload required. If a user prefers reduced motion, the non-necessary reveal animations are gone, and just the regular scrolling motion is left. The screencast below shows the demo in action:

Respecting user preferences is key for modern websites, and browsers are exposing more and more features to enable web developers to do so. Another launched example is prefers-color-scheme, which detects if the user prefers a light or dark color scheme. You can read everything about prefers-color-scheme in my article Hello Darkness, My Old Friend 🌒.

Not every site will use prefers-reduced-motion, or maybe not significantly enough for your taste. If you, for whatever reason, want to stop motion on all websites, you actually can. One way to make this happen is to inject a stylesheet with the following CSS into every web page you visit. There are several browser extensions out there (use at your own risk!) that allow for this.

The way this works is that the CSS above overrides the durations of all animations and transitions to such a short time that they are not noticeable anymore. As some websites depend on an animation to be run in order to work correctly (maybe because a certain step depends on the firing of the animationend event), the more radical animation: none !important; approach wouldn't work. Even the above hack is not guaranteed to succeed on all websites (for example, it can't stop motion that was initiated via the Web Animations API), so be sure to deactivate it when you notice breakage.

Massive shout-out to Stephen McGruer who has implemented prefers-reduced-motion in Chrome and—together with Rob Dodson—has also reviewed this article. Hero image by Hannah Cauhepe on Unsplash.