We want to hear from you! We are looking for web developers to participate in user research, product testing, discussion groups and more. Apply now to join our WebDev Insights Community. 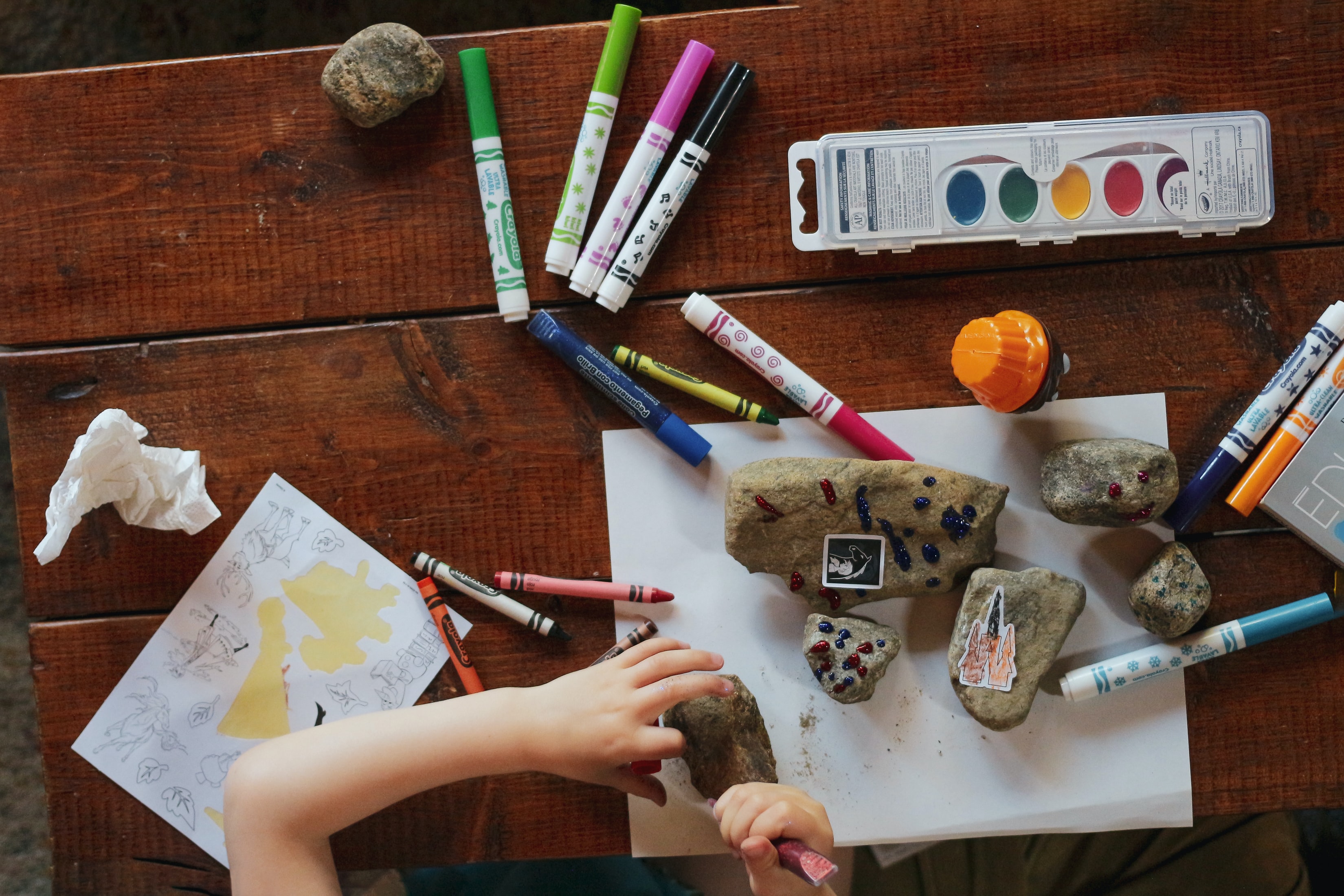 If you remember my article Make your PWA feel more like an app, you may recall how I mentioned customizing the title bar of your app as a strategy for creating a more app-like experience. Here is an example of how this can look like showing the macOS Podcasts app.

Now you may be tempted to object by saying that Podcasts is a platform-specific macOS app that does not run in a browser and therefore can do what it wants without having to play by the browser's rules. True, but the good news is that the Window Controls Overlay feature, which is the topic of this very article, soon lets you create similar user interfaces for your PWA.

What is Window Controls Overlay #

The title bar area refers to the space to the left or right of the window controls (that is, the buttons to minimize, maximize, close, etc.) and often contains the title of the application. Window Controls Overlay lets progressive web applications (PWAs) provide a more app-like feel by swapping the existing full-width title bar for a small overlay containing the window controls. This allows developers to place custom content in what was previously the browser-controlled title bar area.

To experiment with Window Controls Overlay locally, without an origin trial token, enable the #enable-desktop-pwas-window-controls-overlay flag in chrome://flags.

Origin trials allow you to try new features and give feedback on their usability, practicality, and effectiveness to the web standards community. For more information, see the Origin Trials Guide for Web Developers. To sign up for this or another origin trial, visit the registration page.

Register for the origin trial #

How to use Window Controls Overlay #

A progressive web app can opt-in to the window controls overlay by adding "window-controls-overlay" as the primary "display_override" member in the web app manifest:

The window controls overlay will be visible only when all of the following conditions are satisfied:

The result of this is an empty title bar area with the regular window controls on the left or the right, depending on the operating system.

Now that there is space in the title bar, you can move something there. For this article, I have built a Chuck Norris jokes PWA. A useful feature for this app may be a search for words in jokes. Fun fact: Chuck Norris has installed this PWA on his iPhone and has let me know he loves the push notifications he receives whenever a new joke is submitted. The HTML for the search feature looks like this:

To move this div up into the title bar, some CSS is needed:

You can see the effect of this code in the screenshot below. The title bar is fully responsive. When you resize the PWA window, the title bar reacts as if it were composed of regular HTML content, which, in fact, it is.

Determining which parts of the title bar are draggable #

While the screenshot above suggests that you are done, you are not done quite yet. The PWA window is no longer draggable (apart from a very small area), since the window controls buttons are no drag areas, and the rest of the title bar consists of the search widget. This can be fixed by leveraging the app-region CSS property with a value of drag. In the concrete case, it is fine to make everything besides the input element draggable.

With this CSS in place, the user can drag the app window as usual by dragging the div, the img, or the label. Only the input element is interactive so the search query can be entered.

Support for Window Controls Overlay can be detected by testing for the existence of windowControlsOverlay:

The code so far has only one problem: on some platforms the window controls are on the right, on others they are on the left. To make matters worse, the "three dots" Chrome menu will change position, too, based on the platform. This means that the linear gradient background image needs to be dynamically adapted to run from #131313→maroon or maroon→#131313→maroon, so that it blends in with the title bar's maroon background color that is determined by <meta name="theme-color" content="maroon">. This can be achieved by querying the getBoundingClientRect() API on the navigator.windowControlsOverlay property.

Rather than having the background image in the .search class CSS rules directly (as before), the modified code now uses two classes that the code above sets dynamically.

Determining if the window controls overlay is visible #

The window controls overlay will not be visible in the title bar area in all circumstances. While it will naturally not be there on browsers that do not support the Window Controls Overlay feature, it will also not be there when the PWA in question runs in a tab. To detect this situation, you can query the visible property of the windowControlsOverlay:

Being notified of geometry changes #

Since this event fires frequently (comparable to how a scroll listener fires), I always recommend you use a debounce function so the event does not fire too often.

Rather than assigning a function to ongeometrychange, you can also add an event listener to windowControlsOverlay like below. You can read up on the difference between the two on MDN.

Compatibility when running in a tab and on non-supporting browsers #

There are two possible cases to consider:

In both cases, by default the HTML the developer has determined to be placed in the window controls overlay will display inline like regular HTML content and the env() variables' fallback values will kick in for the positioning. On supporting browsers, you can also decide to not display the HTML designated for the window controls overlay by checking the overlay's visible property, and if it reports false, then hiding that HTML content.

As a reminder, non-supporting browsers will either not consider the "display_override" web app manifest property at all, or not recognize the "window-controls-overlay" and thus use the next possible value according to the fallback chain, for example, "standalone".

I have created a demo that you can play with in different supporting and non-supporting browsers and in the installed and non-installed state. For the actual Window Controls Overlay experience, you need to install the app and set the flag. You can see two screenshots of what to expect below. The source code of the app is available on Glitch. 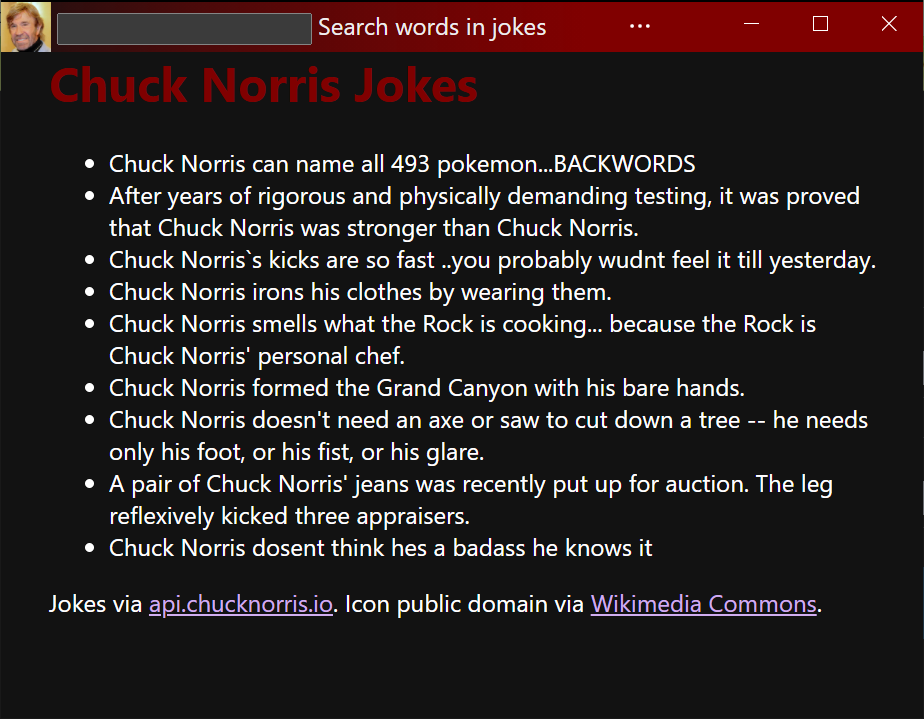 The search feature in the window controls overlay is fully functional: 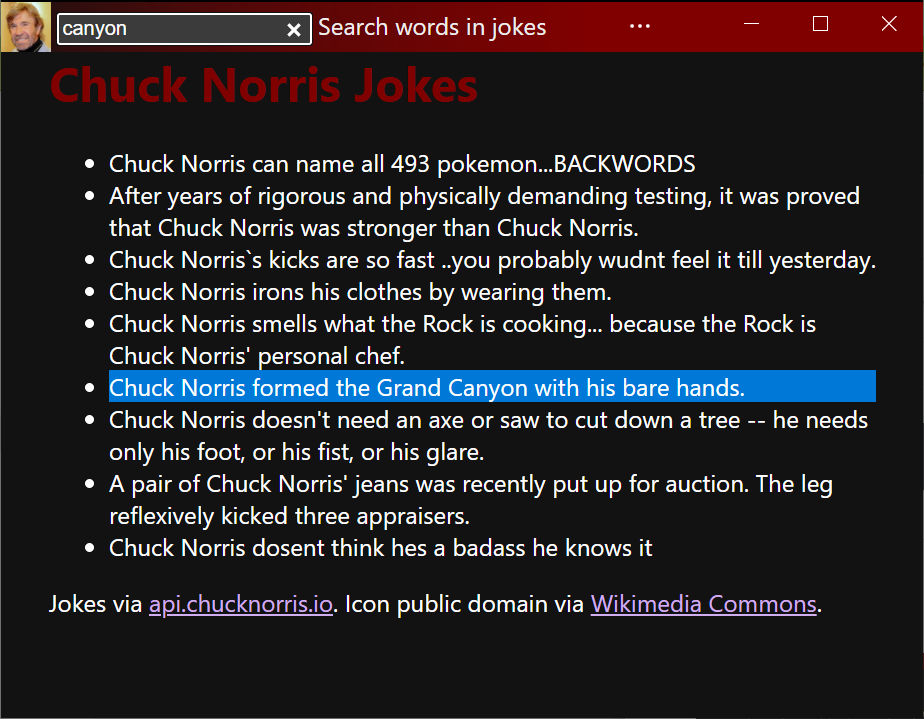 Giving sites partial control of the title bar leaves room for developers to spoof content in what was previously a trusted, browser-controlled region. Currently, in Chromium browsers, standalone mode includes a title bar which on initial launch displays the title of the webpage on the left, and the origin of the page on the right (followed by the "settings and more" button and the window controls). After a few seconds, the origin text disappears. If the browser is set to a right-to-left (RTL) language, this layout is flipped such that the origin text is on the left. This opens the window controls overlay to spoof the origin if there is insufficient padding between the origin and the right edge of the overlay. For example, the origin "evil.ltd" could be appended with a trusted site "google.com", leading users to believe that the source is trustworthy. The plan is to keep this origin text so that users know what the origin of the app is and can ensure that it matches their expectations. For RTL configured browsers, there must be enough padding to the right of the origin text to prevent a malicious website from appending the unsafe origin with a trusted origin.

Enabling the window controls overlay and draggable regions do not pose considerable privacy concerns other than feature detection. However, due to differing sizes and positions of the window controls buttons across operating systems, the JavaScript API for navigator.windowControlsOverlay.getBoundingClientRect() will return a DOMRect whose position and dimensions will reveal information about the operating system upon which the browser is running. Currently, developers can already discover the OS from the user agent string, but due to fingerprinting concerns, there is discussion about freezing the UA string and unifying OS versions. There is an ongoing effort with the community to understand how frequently the size of the window controls overlay changes across platforms, as the current assumption is that these are fairly stable across OS versions and thus would not be useful for observing minor OS versions. Although this is a potential fingerprinting issue, it only applies to installed PWAs that use the custom title bar feature and does not apply to general browser usage. Additionally, the navigator.windowControlsOverlay API will not be available to iframes embedded inside of a PWA.

Navigating to a different origin within the PWA will cause it to fall back to the normal standalone title bar, even if it meets the above criteria and is launched with the window controls overlay. This is to accommodate the black bar that appears on navigation to a different origin. After navigating back to the original origin, the window controls overlay will be used again.

The Chromium team wants to hear about your experiences with the Window Controls Overlay API.

Is there something about the API that doesn't work like you expected? Or are there missing methods or properties that you need to implement your idea? Have a question or comment on the security model? File a spec issue on the corresponding GitHub repo, or add your thoughts to an existing issue.

Did you find a bug with Chromium's implementation? Or is the implementation different from the spec? File a bug at new.crbug.com. Be sure to include as much detail as you can, simple instructions for reproducing, and enter UI>Browser>WebAppInstalls in the Components box. Glitch works great for sharing quick and easy repros.

Are you planning to use the Window Controls Overlay API? Your public support helps the Chromium team to prioritize features and shows other browser vendors how critical it is to support them.

Send a Tweet to @ChromiumDev with the #WindowControlsOverlay hashtag and let us know where and how you're using it.

Window Controls Overlay was implemented and specified by Amanda Baker from the Microsoft Edge team. This article was reviewed by Joe Medley and Kenneth Rohde Christiansen. Hero image by Sigmund on Unsplash.