If you would like to learn about the basic concepts behind accessibility in web pages, refer to the What is accessibility guide first.

react-axe is a library that audits a React application and logs any accessibility issues to the Chrome DevTools console. It uses the open-source axe testing library to flag any issues and their severity.

eslint-plugin-jsx-a11y is an ESLint plugin that identifies and enforces a number of accessibility rules directly in your JSX. Using this in combination with a tool that tests the final rendered DOM, such as react-axe, can help you find and fix any accessibility concerns on your site.

It is crucial to build websites that provide every user, regardless of their impairment or restriction, the capability to access its content. Using auditing libraries such as react-axe and eslint-plugin-jsx-a11y during the development of your React application will automatically expose any accessibility issues as they pop up.

React already supports writing accessible HTML elements within JSX syntax. For example, you only need to use the htmlFor attribute instead of for to link a label to a specific form element within a React component.

The React accessibility documentation covers all the nuances of handling accessibility concerns within a React component. To make it easier to spot these issues during development, Create React App (CRA) includes the eslint-plugin-jsx-a11y plugin for ESLint by default.

You can find more details about configuring your editor to support out-of-box linting in the CRA documentation.

Some common accessibility issues will now show up. 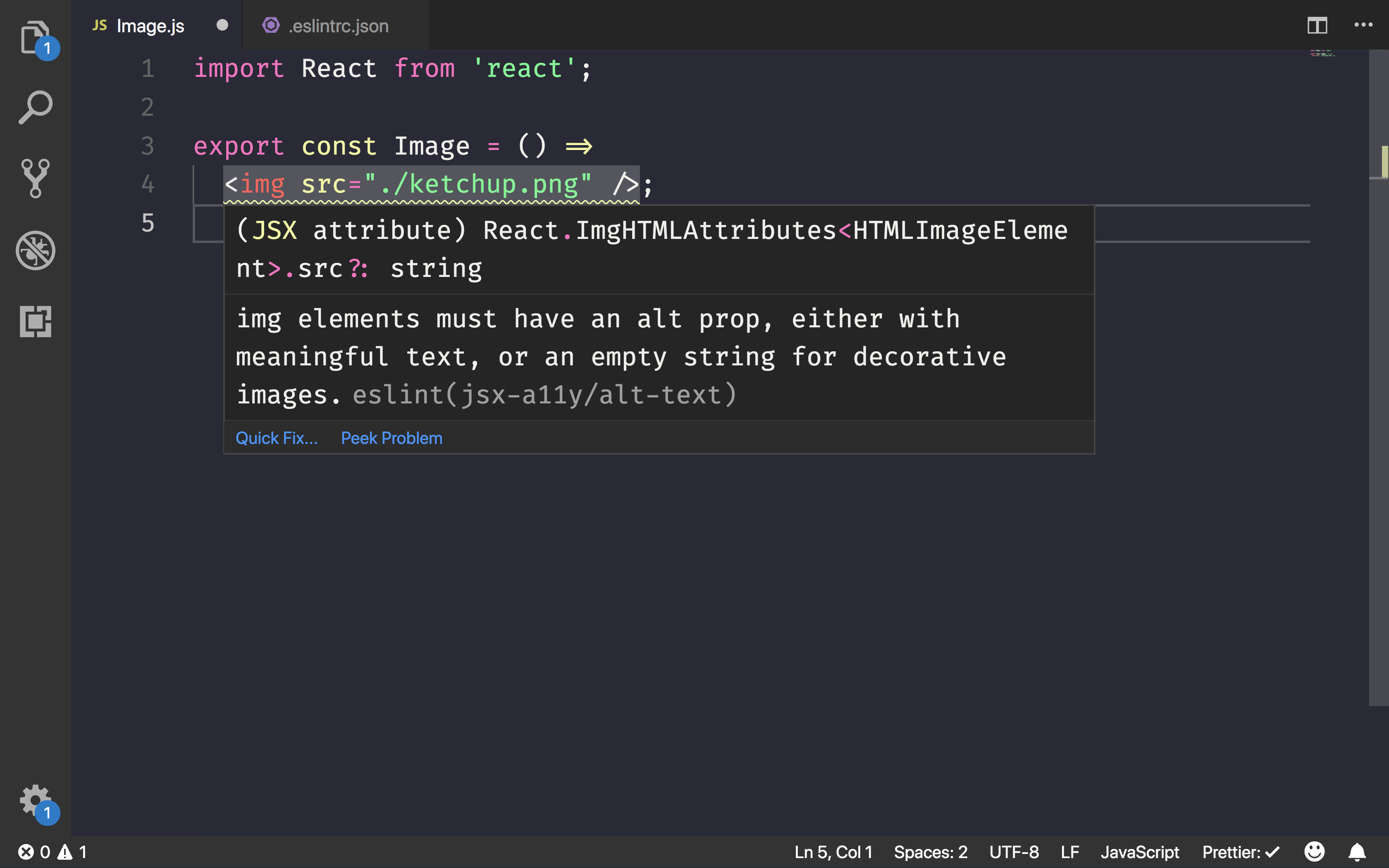 To check for even more accessibility rules, modify the file to automatically include all the recommended rules by the plugin:

If you would like an even stricter subset of rules, switch to strict mode: 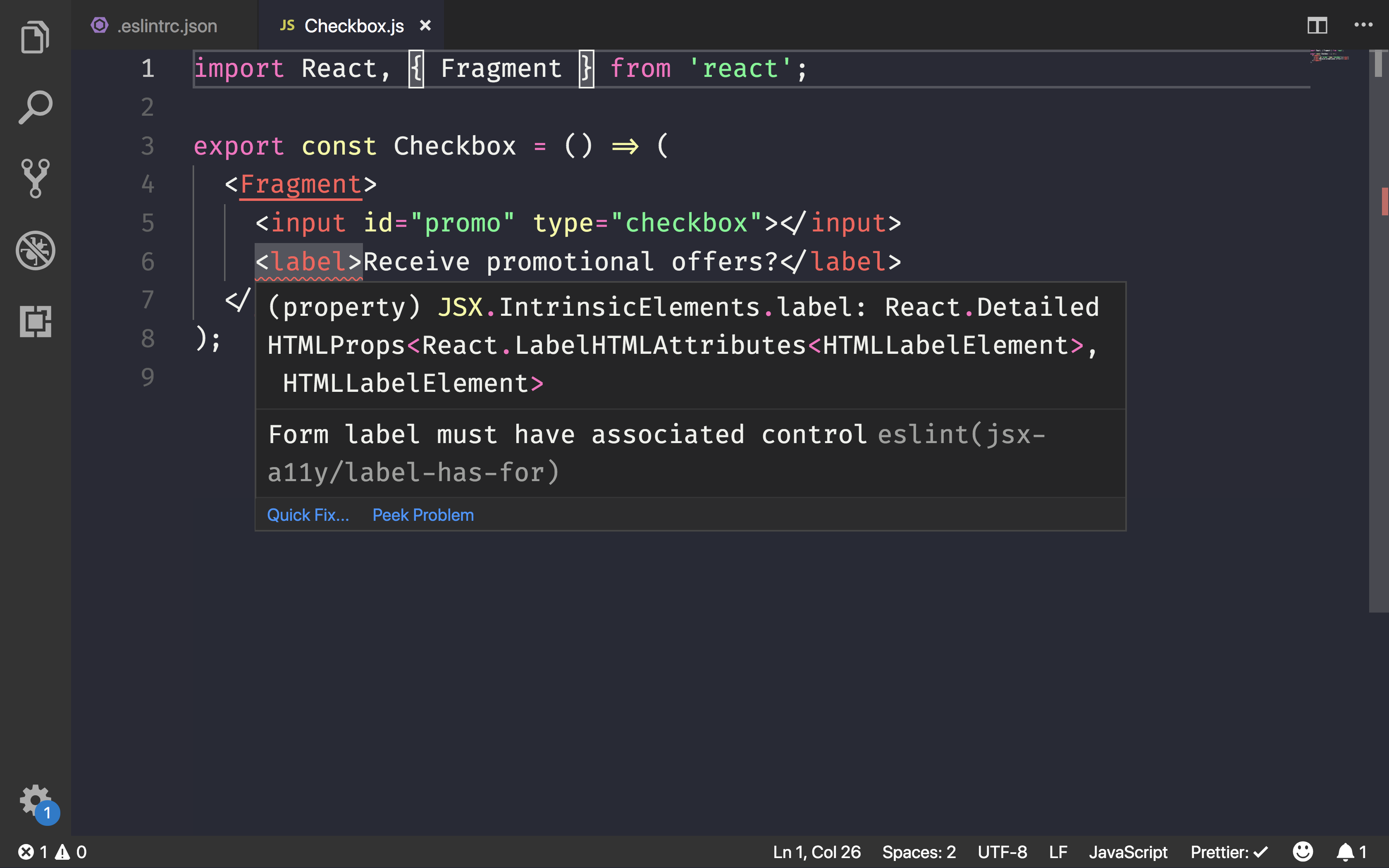 The project documentation provides information on the differences between recommended and strict mode.

eslint-plugin-jsx-a11y can help you easily pinpoint any accessibility issues in your JSX, but it does not test any of the final HTML output. react-axe is a library that does exactly this by providing a React wrapper around the axe-core testing tool by Deque Labs.

Install the library as a development dependency to begin:

You now only need to initialize the module in index.js:

A dynamic import is used here to only load the library when it is not in production mode before rendering and booting up the root App component. This ensures that it is not unnecessarily included in the final production bundle.

Now when you run the application during development, issues are surfaced directly to the Chrome DevTools console. 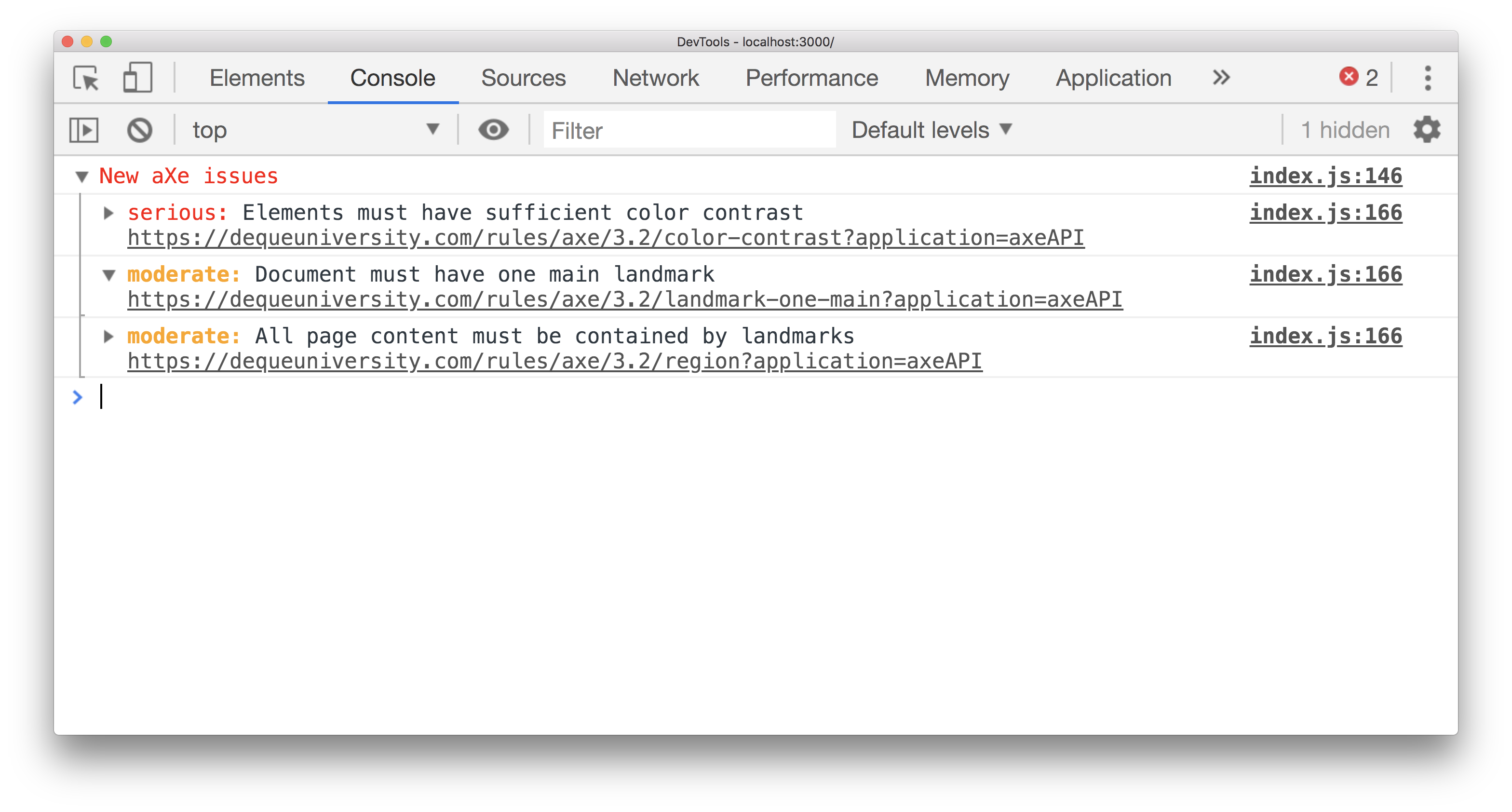 A severity level is also assigned for each violation. These levels are:

If you would like to include accessibility testing in your unit testing workflow, take a look at the Jest and axe integration example to understand how.